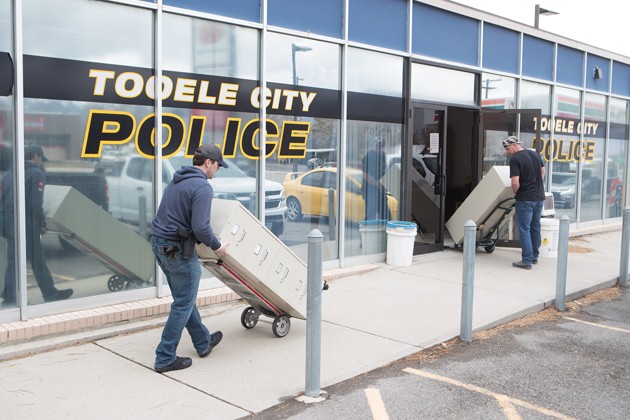 Additional damages have been reported after last week’s earthquake that rattled Tooele County.

According to Bucky Whitehouse, director of Tooele County Emergency Management, no injuries occurred, but confirmed that water line breaks have been reported by Tooele City officials.

The earthquake struck Wednesday at 7:09 a.m. and measured 5.7 on the Richter scale. Its epicenter was near Magna, Utah, and was reported as the biggest earthquake to hit Utah since 1992.

It was felt as far away as Southern Idaho, Wyoming, and south into Milliard County.

Whitehouse said no gas leaks were reported after the earthquake.

The Tooele City Police Department suffered damage to its current building because of the quake. According to Sgt. Jeremy Hanson, there is foundation and floor joist damage to the building.

“The old police department has structural damage in critical parts of the building,” he said. “We have been moving offices, and essential stuff. We have actually been moving since the day of the earthquake.”

The police department is in the process of moving into its new public safety building behind Tooele City Hall on Garden Street.

Aftershocks have left residents feeling uneasy since the initial earthquake. According to Whitehouse, the epicenter for these aftershocks is moving further north toward Interstate 80.

Residents in Lake Point and parts of Tooele County have reported feeling aftershocks of varying magnitudes.

Whitehouse said the best thing to do if you or your children are experiencing post-earthquake anxiety is to prepare, educate, and seek counseling if necessary.

“Residents are encouraged to plan don’t planic, or prepare don’t panic, whichever way you want to say it,” Whitehouse said. “Residents need to prepare themselves and their families for any emergency that may occur. There is a lot of discussion about mental health side of emergencies after something like this. A good thing to do is try to consult online resources to find out what they can do.”