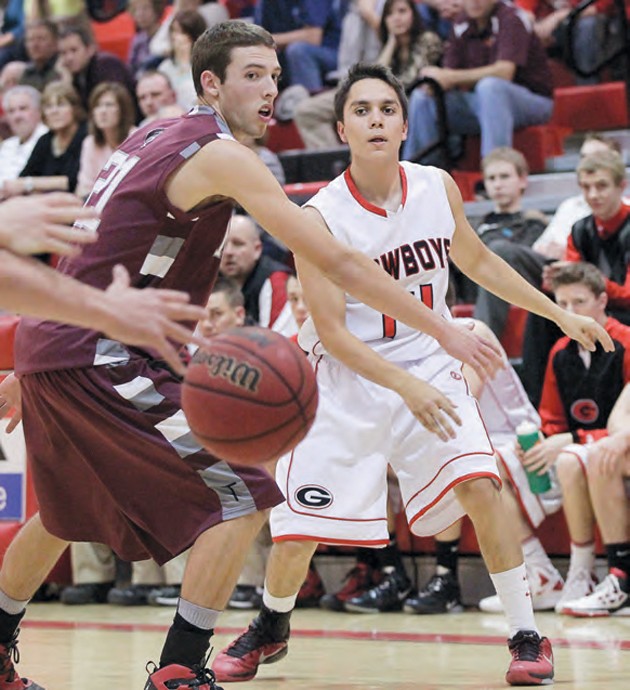 Although the Tooele schools didn’t make an appearance in this year’s boys basketball playoffs, Region 11 proved to be the toughest region in 3A with a championship featuring Morgan and Bear River.

The Morgan Trojans captured the Utah State 3A championship on Saturday with a 58-44 win against Bear River, capping a 23-2 season alongside an undefeated run through the region. Morgan’s win Saturday marked its first state basketball championship since 1974.

En route to both the region and state championships, the Trojans outscored Tooele schools by an average of 31.3 points per game, including a 112- and a 96-point performance against Tooele and Grantsville.

The Trojans averaged 70.48 points per game throughout the season. This charge was spearheaded by senior Jake Miles, who averaged 24.72 points per game with two of his six 30-point outings coming against Stansbury and Tooele. Miles was also named Most Valuable Player of the 3A state tournament.

Region 11’s third-place team, the Bear River Bears, made its way to the championship game after a blowout upset over the Snow Canyon Warriors in the semifinals. The Bears posted an 83-55 victory over Region 9’s No. 1-seeded Warriors. The Bears defeated two top seeds to get to that championship game, as they knocked out Region 10’s No. 1 seed, the Judge Memorial Bulldogs, before eliminating the Warriors.

The Ben Lomond Scots, Region 11’s No. 3 seed, gave the Warriors all they could handle in the opening game of the quarterfinals on Thursday. The game went into overtime with the Warriors getting a game-winning 3-pointer in the closing seconds to get the 67-66 win. Ben Lomond followed up its close loss the next day with a win against Judge Memorial 57-36 to fight its way into the fifth-place game. Spanish Fork eventually defeated Ben Lomond in that game.

Things went opposite in the girls’ tournament. Region 9 had a clean sweep in the quarterfinals to guarantee one of the southern Utah schools to win the state championship. That school ended up being the No. 4 seed Dixie Flyers. They upset the Carbon Dinos, who defeated the Stansbury Stallions the week before, in the quarterfinals to move into a game against rival and No. 1 seed Cedar. They Flyers continued its winning ways against top-seeded Cedar and into the state championship game against Desert Hills.

Dixie’s Kelsey McCann knocked down a 3-pointer with 3.7 seconds remaining for the Flyers to pull off the upset of the No. 2 seed Desert Hills Thunder and win the state championship. It marked the first girls’ basketball state championship in the history of Dixie High School. Region 11 had just one girls team competing on the final day of the tournament as Bear River lost to Delta 51-38 in the fifthplace game.