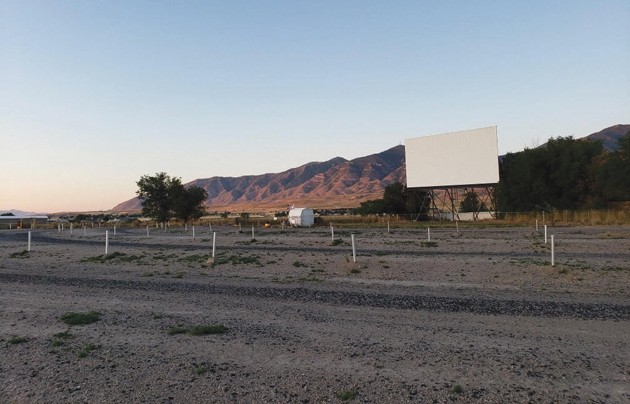 The Motor Vu drive-in theater in Erda has been hosting a series of drive-in concerts.

Erda’s Motor-Vu theater has been featuring “Encore Drive-in Nights” concerts on their large screen featuring some big stars during the COVID-19 pandemic.

While the Encore series has been picked up by a number of theaters in Utah, Saturday night the Motor VU will be the only theater in Utah to show the concert featuring R&B music star Kane Brown.

The pandemic shut down the live events industry, so a company called Encore Live Marketing in Fort Worth, Texas decided to bring live, on-screen concerts to drive-in theaters across the United States and Canada, according to Micheal Booth, Motor Vu Assistant Manager.

“All of these artists were just sitting at home, so the company decided to use drive-in theaters to show their concerts,” said Booth.” Each theater has the option if they want to be a part of it or not. They let us know ahead of time which artist is coming up. We have done all, actually.”

So far, the Motor Vu drive-in has shown concerts by Blake Shelton, Garth Brooks, and Metallica.

The Motor Vu may continue the concerts until around Halloween, weather pending, according to Booth.

The pandemic has been a challenge for the theater,” he said.

“It’s been an up and down year depending on the movie’s we pick,” said Booth. “It’s been a different year because of COVID restrictions. We had to find a new way to run the snack bar. We have also had to deal with complaints and issues. In May, we had a hard time finding toilet paper. It’s like, “What’s the government going to do next? Are we going to be able to stay open?’”

Booth and his family also own the Ritz theater on Tooele City’s Main Street, which hasn’t opened yet because of the pandemic, according to Booth.

“It’s easier to social distance at the drive-in,” he said.

Booth has a message for the community: “We are really thankful for the amount of support people have shown us this year.,” he said. “They have been understanding of challenges and changes because of COVID and everything that’s gone on. They’ve really shown that they value us being there and we appreciate it.”

This week’s concert will take place on Saturday evening at 8 p.m. It will feature country and R&B artist Kane Brown. General admission for up to six individuals in a car is $76. There is also a special ticket for a group of four for $56. Gates to the show will open at 6:45 p.m. Saturday. Tickets for the show can be purchased online at Ticketmaster, according to Booth.