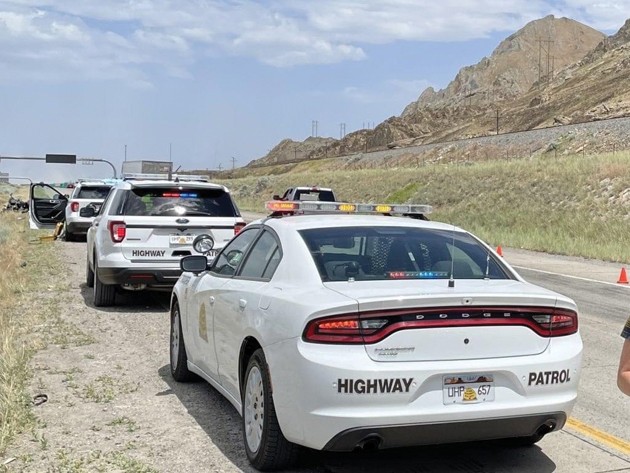 Sunday afternoon a motorcyclist was killed on I-80 after leaving the roadway for an unknown reason.

Around 1:13 p.m. Sunday, a motorcyclist was traveling eastbound on I-80 around milepost 100, according to a press release by the Utah Highway Patrol.

For an unknown reason, the motorcyclist left the roadway and overturned.

The rider of the motorcycle suffered fatal injuries in the crash.

Troopers are investigating strong winds as a possible factor in the crash. Troopers are also unsure if the rider was wearing a helmet at the time of the crash.

Following the crash, there was a secondary crash involving two vehicles.