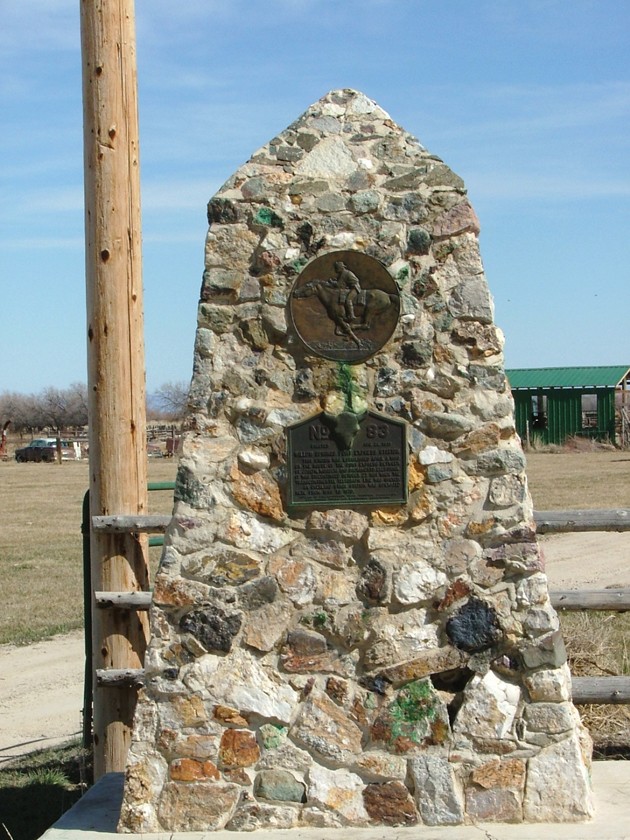 Editor’s note: This is another installment in a multi-part series on exploring the Pony Express Trail through Tooele County. Last week’s article entailed Willow Springs Station at Callao.

Last week’s article covered Willow Springs Station and how it is more favorably positioned than most other stations in the West Desert because of dependable water, grass, and even good timber in the Deep Creek Mountains to the west.

For these same reasons, American Indians had occupied Snake Valley and the Deep Creek range for thousands of years, which is why they didn’t appreciate the intrusion of white man on their lands. Therefore, you could also say that Willow Springs was unfavorably located because the Cavalry at Camp Floyd was over 120 miles away.

To give you an idea of what a day in the life at Willow Springs could be like in the days of the Pony Express Trail, consider this excerpt from Nicholas Wilson’s book “White Indian Boy.” In his book, Wilson wrote that he was on his way from Schell Creek station to Deep Creek, the distance being considerable and through some of the worst country in the West.

When Wilson  arrived at Deep Creek, the next rider was not there so he had to continue to Willow Springs east over the mountains. If you think about how far it is from Deep Creek to Willow Springs, you may appreciate the incredible distances these riders would cover when their relief rider wasn’t available.

When Wilson arrived at Willow Springs, he was told Indians had killed the other rider on the desert, which is why they didn’t link up at Deep Creek. Wilson’s horse was worn out so he stopped to let it recoup. He would have returned later that night but the situation would soon change his plans.

Wilson wrote that around 4 p.m., seven Indians rode up to the station and asked Pete Neas the station manager for some flour. As whites encroached upon the Indians ancestral range, game that the Indians counted on for survival was run off, scattered or wiped out. As a result, many Indians were reduced to begging for handouts at the desert stations. Neas offered the Indians a 20 pound sack of flour, but according to Wilson, the Indians refused and demanded a sack of flour a piece.

Neas was a no-nonsense station master and he responded by tossing the sack back into the station and telling the Indians he wouldn’t give them anything. The Indians did not like the response, and as they left the station, several of them shot arrows into an old cow that was milling around the shed. When they did this, Neas pulled his pistols and shot two of the Indians off their horses and then looked at the other three men at the station and said, “Now boys, we will have a time of it tonight. There are about 30 of those Indians up in the canyon there, and they will be upon us as soon as it gets dark, and we shall have to fight.”

According to Wilson, a “Tough Guy” named Lynch was one of the station men and he was accustomed to bragging about what he would do in tense situations. Wilson felt pretty safe, even given the Indian threat until this so called “desperado” broke down and started to cry, telling Neas that they should all bolt for the next station while there was still a chance. Neas responded, “No! We will load up all the old guns that are around here and be ready for them when they come.”

Neas knew that the four men couldn’t hold the station against that number. If the Indians surrounded the station, they would likely burn it with the men inside. So Neas went on the offensive. He told the men to go 100 yards into the sagebrush, space themselves about 5 feet apart, lay in wait — and then surprise the Indians before they reached the station.

As the men saw a big dust at the mouth of a canyon in the Deep Creeks, Neas gave the men a last bit of advice: “Now, when you fire, jump to one side, so if they shoot at the blaze of your gun, you will not be there.”

Wilson described the terrain beautifully by stating that he hid behind little humps with scrubby greasewood on them. If you drive the Pony Express Trail from Fish Springs to Willow Springs, you will see this type of terrain as the valley floor is flat, but there are piles of dirt that are topped by greasewood, salt bush or sagebrush.

These 3 to 4-foot-high sand humps make perfect defensive positions from which to spring an ambush. Wilson described a desperate fight where he watched Neas shoot and then jump to one side and then shoot again. Wilson stated that even though he had two fully loaded pistols, he was too terrified to shoot and didn’t get off one shot. He instead laid on his belly in a depression while the other men fought off the Indians. Neas gamble worked and Willow Springs station was saved from being burned.

If you go to Willow Springs, take a camera because the view of the Deep Creek Mountains, and the rock castle peaks that guard their mysterious canyons, are stunning. Plan to spend a few minutes at the rock monument so you can consider the incredible story that occurred in the West Desert. While there, ask yourself if you would have had the nerve to fight when danger was imminent out on the frontier. As always, make sure you are well prepared because Willow Springs Station and Callao are 100 miles from anywhere and there are no services.