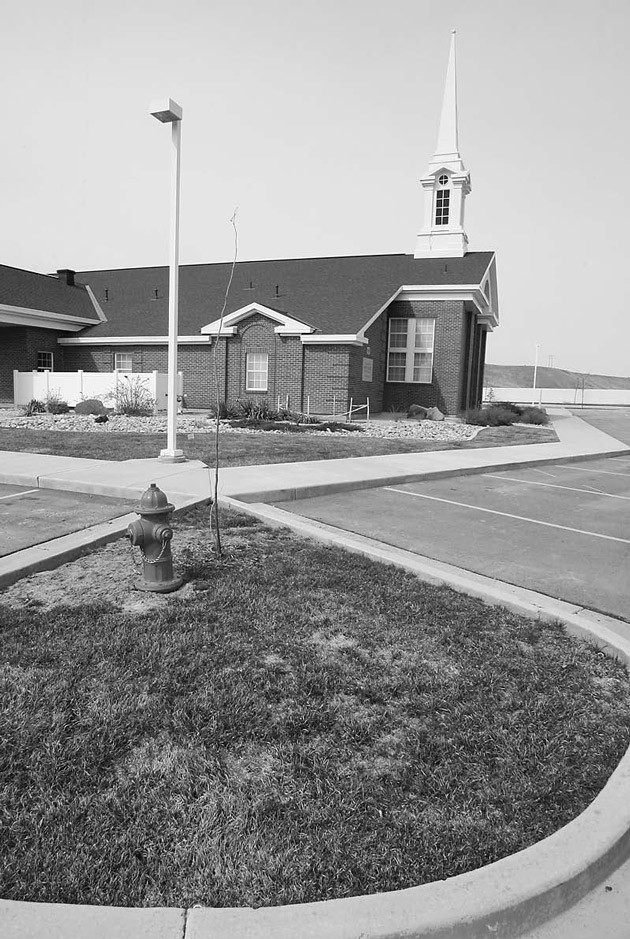 Even though officials took all precautionary measures before the Stockton LDS Chapel (pictured above) was constructed, the building is sinking. The same problem occurred with an older chapel in the town, which has since been destroyed. photography/Troy Boman

Within the last few years, Stockton members of The Church of Jesus Christ of Latterday Saints have moved their services from a tiny ward house on the east side of state Route 36 to a new and larger chapel on the west side of the highway.

The first building, which no longer exists, had two main problems according to Tooele Stake President Max Molgard. (He presides over the area which includes Stockton). Not only was the building too small to meet the needs of those who gathered there, but Molgard said it also had some ground settling issues.

The old chapel was built to hold about 75 people, but Molgard said more than 230 people would usually show up for Sunday services. A bigger building was definitely needed, but one that wouldn’t have sinking issues was also desired.

Before the new church was built, Molgard said Hale Construction took every precaution necessary to avoid similar problems. Several soil tests and studies were done and the company “went way above the minimum standard” to prevent any problems.

“They did everything they were suppose to do and we are not faulting them,” said Molgard — yet the new chapel is sinking too.

The bishop of the Stockton Ward recently noticed cracks between the floors and the walls and in the walls themselves and church engineers were sent to the site to evaluate the damage.

More soil tests are being performed but ultimate repair plans have yet to be determined.

Molgard doesn’t foresee any future problems with the building and said because the settling problem “isn’t that bad” church services will continue as normal.