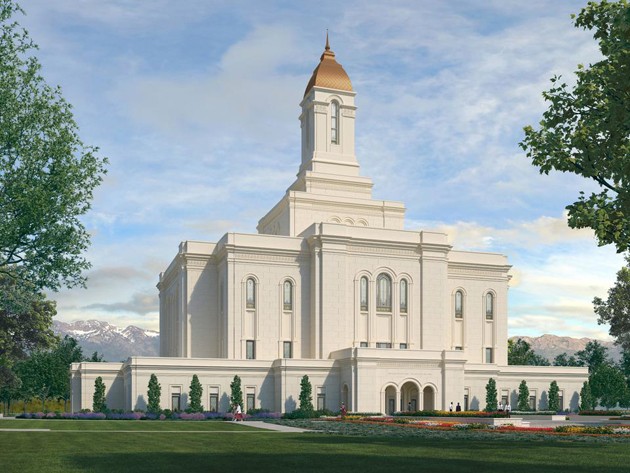 The Church of Jesus Christ of Latter-day Saints announced today the relocation and renaming of their temple previously announced to be built in Erda.

“After considering current circumstances and opportunities, an alternate site for the temple has been selected. Previously known as the Tooele Valley Utah Temple, the new temple will be renamed the Deseret Peak Utah Temple,” reads the announcement.

The temple will be constructed in the Overlake development in Tooele City west of the intersection of 2400 North 400 West.

The exterior and interior designs remain the same as depicted in previously released renderings. The three-story temple will be approximately 70,000 square feet. A new 20,000-square-foot meetinghouse will also be built on the site. Project leaders will immediately begin working with city officials on plans for the temple.

“The First Presidency expresses gratitude for the faith and prayers of Church members in this area, and continues to encourage all people to treat one another with kindness and Christlike love,” reads the announcement.