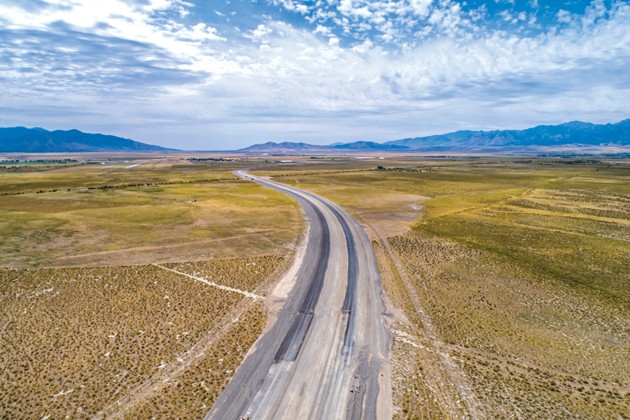 Workers on the Midvalley Highway are starting to lay down pavement for the new road into Tooele County.

The Utah Department of Transportation reported on Monday that crews have started paving the Midvalley Highway from state Route 138 to the Interstate 80 interchange.

The plan is to complete paving by the end of September, weather permitting, U.D.O.T.officials said.

Crews are also working on newly constructed ramps from the Midvalley Highway to I-80 at the I-80 interchange, approximately three miles west of Lake Point.

An animal crossing located mid-corridor is also under construction.

While schedules are subject to change based on weather, supply chain or other issues, the project remains on track to open by later this fall, according to U.D.O.T.

While known as S.R. 179 or the Midvalley Highway, a local movement is underway to give the yet to be completed highway a new name.

The Tooele City Council approved a resolution in July 2021 in support of permanently renaming the Midvalley Highway to the Jordan M. Byrd Veterans Memorial Highway.

Spc. Jordan Byrd, a 19-year-old graduate of Dugway HIgh School, married with a wife and a new child, was serving as a medic with the U.S. Army 101st Airborne Division in Afghanistan was killed in October 2010 while giving medical attention to another soldier that ultimately saved the man’s life.

The Tooele County proposal includes recommending that signs or other memorial markers be placed along the highway to identify all Tooele County veterans that died in the service of their country.

Ultimately, the authority to name highways falls to the state Legislature, according to Tom Tripp, Tooele County Council Chairman.