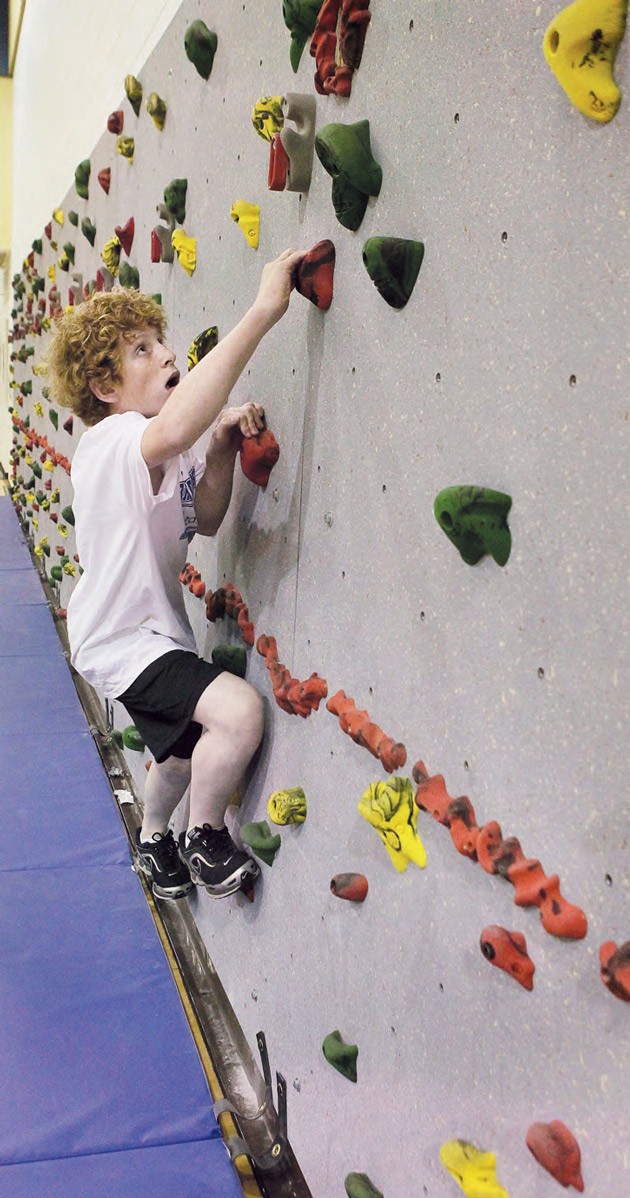 Tooele County has a well-documented standing as the worst county in Utah for adult obesity. Now a new study released by the Utah Department of Health has shown the county is also worst in the state for teen obesity.

The study, conducted in 2011 among eighth, 10th and 12th grade students, showed 7.5 percent of adolescents statewide were obese. But in Tooele County the rate was 10 percent. The next highest percentage in the state was the Weber-Morgan health district at 8.9 percent.

In a separate study released earlier this month that is conducted by the Utah Department of Health every two years, the department determined obesity begins as early as the first grade. Earlier this year, 4,477 first-, third- and fifth-grade students from 69 randomly selected elementary schools — Dugway Elementary, Anna Smith Elementary in Wendover, and East Elementary in Tooele were the schools selected in Tooele County — throughout the state were weighed and measured to assess the extent of childhood obesity in Utah.

During this year’s study, 20.8 percent of students statewide were at an unhealthy weight. The state data is not broken out on a by-county level because typically only a few schools from each county are selected to participate in the study, according to the Utah Department of Health’s Physical Activity, Nutrition and Obesity Program Nutrition Coordinator Patrice Isabella.

“We can’t use three schools to measure that,” she said. “It’s not large enough in scope to produce Tooele County information.”More boys were overweight or obese than girls in every grade, and males overall had a higher percentage of being overweight or obese. According to the study, 11.4 percent of male children were obese while 7.5 percent of females were obese.

Obesity is directly related to other chronic diseases, including type 2 diabetes, hypertension and liver disease. These conditions over time can contribute to shorter life spans for both obese children and teens. Poor health-related quality of life is 5.5 times greater in obese children and teens than their same-age peers, according to the Utah Department of Health.

Jeff Coombs, deputy director of the Tooele County Health Department, said the results of the study are concerning. He said there are some contributing factors that are similar among kids and adults for becoming obese, such as soda consumption.

“The study the Utah Department of Health did does show that children who consume sugar-sweetened beverages are at an increased risk of obesity,” Coombs said. “Whatever we develop in our adolescence carries over into adulthood. That’s a contributing factor, but it’s not the sole reason [kids are becoming obese].”

Other reasons and factors that contribute to both kids and adults becoming obese include the amount of access to physical activity and nutritional foods they have, the environment they live in and what they know about exercising and eating healthy, Coombs said.

Tooele County has long been the No. 1 county in the state when it comes to overall obesity rates — its rate currently sits at 30.7 percent according to the Centers for Disease Control and Prevention — and now that children, too, are being affected, the Tooele County Health Department has started to form a plan to combat these high rates through its Community Health Improvement Plan.

A small group of community representatives from the health department and the Tooele County School District joined together last week to discuss ways to make physical activity and nutritional choices more common in schools.

Last year, the school district was awarded a three-year, $1.2 million Physical Education Program grant. Through the PEP grant, participating schools can use evidence-based programs to increase the nutrition and physical activity opportunities for students. The grant pays for equipment and training needed to implement the program, said Amy Bate, public health educator at the health department.

“There are also some things the grant offers, like being able to pay staff to stay longer so we can keep the schools open in the afternoons for an extra hour so the kids can go work out at no cost to them,” she said. “This is something we offer at the high school level.”

At the elementary level, school officials have been trained on the Active and Healthy Schools Program.

“The program is a new philosophy,” Bate said. “It implements brain breaks or energizers throughout the day to keep the kids active and give them little breaks to get their heart rate going. It’s been shown that it helps their academic performance.”

Bate said the health department has been working with the various schools in the county to determine how walkable and bikable each school is. That way, parents will know if students have a safe route to school.

Due to the PEP grant, many elementary schools now have PE specialists. These specialists are at Willow, West, East and Rose Springs elementaries.

The grant requires that data like students’ body mass indices and how many fruits and vegetables they eat on a regular basis have to be reported to the health department. This information is intended to help the health department have a good understanding of where schools are students are at when it comes to living healthier lifestyles.

Spafford said after-school programs, such as a running club or an exercise class could be beneficial, but about 80 percent of the students at Clarke Johnsen are bussed. She suggested having a late bus that takes the kids home after the program would be a good idea.

When it comes to nutrition, this year several changes have been made in school cafeterias to provide kids with healthier options and lower calorie meals.

Toohey said some students are eating the food, but they aren’t getting enough.

“Athletes aren’t getting enough at lunch, and because they’re starving, they go to the vending machines to get unhealthy snacks,” Toohey said.

Bate said looking at the school district’s vending machine policy, which was written in 2008, might be another way to increase healthier options in schools.

“It might be something the district needs to take another look at and do an assessment of what’s being offered,” she said. “From what I’ve seen, there are not a lot of healthy choices offered.”

Bucky Whitehouse, community services supervisor for the health department, said in other counties some schools have had a company bring in a nutritional vending machine and sit it in the proximity of the other, unhealthier vending machines to see if its used. He said this could be something Tooele County could look into to see if kids would choose the healthier snacks.

Bate said she has worked with Intermountain Healthcare on a similar program that will be coming to the three main high schools in Tooele County at the end of next February.

“They have a traveling vending machine that we’re bringing into the schools and sitting next to the other machines,” she said. “When students buy something from it, like a candy bar, the machine talks to them and tells them how much fat and calories are in it. It’s an educational tool, but it should be really fun.”