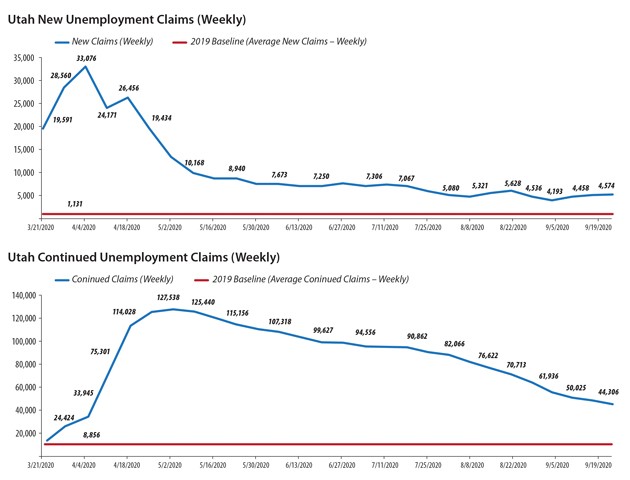 ‘The pandemic continues to be disruptive to employment,’ says state unemployment director ♦

There were 40,390 continued claims filed during that same week, according to a press release from the Department of Workforce Services.

“New claims for unemployment benefits remain high and have remained at fairly constant level for the last several weeks,” said Kevin Burt, Unemployment Insurance Division director for the Utah Department of Workforce Services. “The department does expect new claims to increase over the next few months due to the seasonal workforce in the state of Utah; however, it is also clear the pandemic continues to be disruptive to employment.”

First time claims for unemployment insurance spiked in the early days of the COVID-19 pandemic. They have fallen off, but continue to trend higher than the level of claims during the Great Recession. Leisure/hospitality, healthcare/social services, and retail trade are responsible for the highest number of new claims, according to the DSW website.