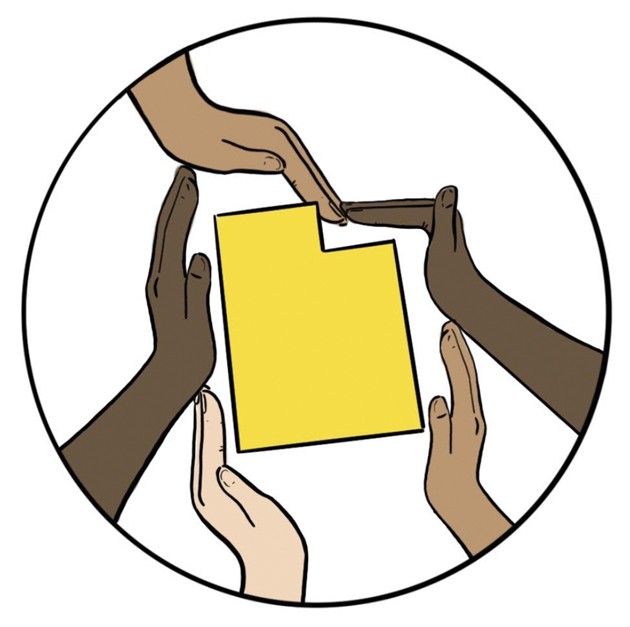 The state of Utah is about to have a new license plate design for residents to choose that celebrates inclusion, diversity and the work of Dr. Martin Luther King Jr.

With the slogan “Many Voices, One Utah,” the Martin Luther King Jr. Human Rights Commission is proud to announce the winning artwork of their license plate design contest. The artwork, created by Eleanor Smith from Timpview High School, was selected by a review committee consisting of commissioners, state representatives and other local leaders, and will be used on the new Martin Luther King, Jr. Special License Plate. Eight contest finalists will virtually celebrate their artwork with the Utah Jazz.

This artwork will be available for Utahns to choose as they get plates for their vehicle. The plate will cost a total of $21 and can be obtained through a request to replace a current license plate.

“We bear witness today in the issuance of the MLK license plate the commitment and hard work of individuals to ensure that Utah is known as a place that is welcoming, and celebrates and embraces diversity,” Emma E. Houston, current MLK Jr. Commission Chair, said.  “We are proud to live in a state that honors the legacy of Dr. Martin Luther King, Jr., and the non-violent tenets he espoused during his lifetime.”

Nubia Peña, director of the Utah Division of Multicultural Affairs, says her and her team were privileged to be able to help bring the project to completion.

“We are grateful for commission members and legislators who have diligently strived to elevate the legacy and principles of Dr. Martin Luther King Jr. to create a greater compassionate community in our state. We look forward to continuing to build partnerships with leaders, advocates, and change agents that share the vision to build a Utah where all people feel seen, valued, and considered,” Peña said.

The idea to celebrate diverse voices in a license plate started as a bill filed in 2012 by former Utah Multicultural Commission member and former Rep. Rebecca Chavez-Houck, D-Salt Lake City, and her co-sponsor, then Sen. Howard Stephenson, R-Draper) Chavez-Houck says she’s grateful to be reaching the finish line and she is excited to see the plate on Utah roads.

“I’m so pleased to see these efforts, with which I was honored to be a part when I first sponsored the initial legislation in 2012, come to fruition,” Chavez-Houck said. “At that time, Dr. Roderic Land and the Martin Luther King, Jr. Commission, as well as the senate sponsor for the bill, former Senator Howard Stephenson, were key to getting this project underway. I can’t wait to purchase this plate for my car!”

Dr. Forrest Crawford, co-founder and first chair of the Martin Luther King, Jr. Human Rights Commission, says the commission should be commended for its work on the license plate project.

“Ever since Utahns have observed King’s birthday around the late 60’s/early ‘70s, diverse communities sought to underscore what he really means to the continuing evolution of humanity,” Crawford said. “In Utah, we have taken the affirmative step; supplanting his endearing legacy as a beacon for all our aspiration-young and old!”

“Dr. Martin Luther King Jr. summoned the best qualities that have guided and sustained the American spirit while strengthening our nation’s commitment of equality, justice, freedom, and peace,” Thompson said. “This license plate will show our nation that Utah is committed to equality, freedom, justice and peace!”

The license plate design will be made available through the Utah Division of Motor Vehicles in approximately six months’ time.

Funding for the license plate design project was provided by the Utah Jazz, Comcast, Goldman Sachs, and the Utah STEM Action Center.