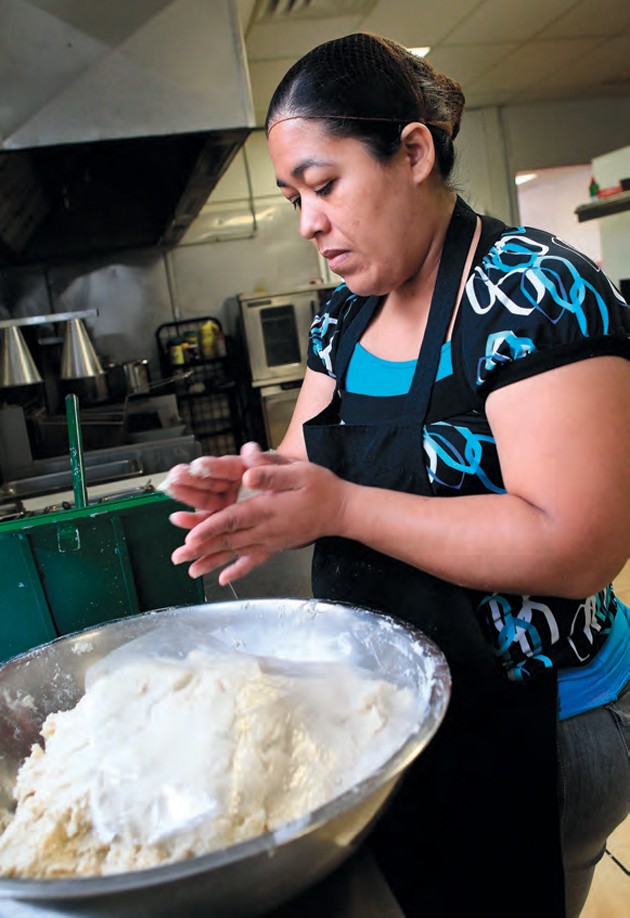 Cesar Ojera thought his mother’s food was so good that it was a shame to keep it a secret.

“We’d have these family gatherings and everyone would eat her food and say, ‘This is so good,’” he said. “I wanted to share it with the people of Tooele County.”

Ojera, who co-owns Tio Papa’s Restaurant on Vine Street in Tooele with his mother, Maria, said opening a restaurant has long been a goal of his family, but only recently has it been a possibility. Cesar’s father, Cesar Sr. — whose childhood nickname is the source of the restaurant’s name —  helps Cesar and Maria run the restaurant.

Cesar,18, graduated from Stansbury High School last year, and was eager to get to work on the project. The most difficult part so far has been obtaining the necessary permits and licenses, including food handler’s permits and inspections from the health department — a process that has taken a few months and a lot of learning on the job.

Maria and Cesar Sr. immigrated from Mexico about a quarter century ago, first to California and then to Utah in 1994. They settled in Tooele because of the safe, small-town atmosphere. The recipes Maria uses come straight from her roots, and she said her goal is to provide as authentic a meal as possible.

“We wanted always to have authentic Mexican food. We’d go to Mexican restaurants and it wasn’t the same,” she said, noting that they felt much of the food elsewhere was Americanized. “We wanted to have something that was Mexican.”

Everything, from tortillas to tacos, is made on-site. Maria said using fresh ingredients to make food in house makes a big difference in the flavor and quality of a dish.

“It tastes different because everything is made at the moment,” she said. “We don’t have frozen foods — we make them here.”

The menu, ranging in price from $1.50 for a basic taco to $6.99 for a combo platter, has staples such as quesadillas, gorditas and pambazo, but the Ojeras’ favorite is the house special, chambaritas — a large, grilled tortilla stuffed with meats and cheese.

In the two weeks since the restaurant opened, it already has some regular customers, Ojera said.

“People say it’s different and good,” he said. “Already we have some people who have come back, like, four times.”

He hopes being located a stone’s throw away from Zacatecas Market on the corner of Main and Vine Streets will be good for business, too, he said.

“We like living in a small, nice community,” he said. “This is a good spot.”

“I think that everything that’s based on family recipes, it makes it special,” she said.