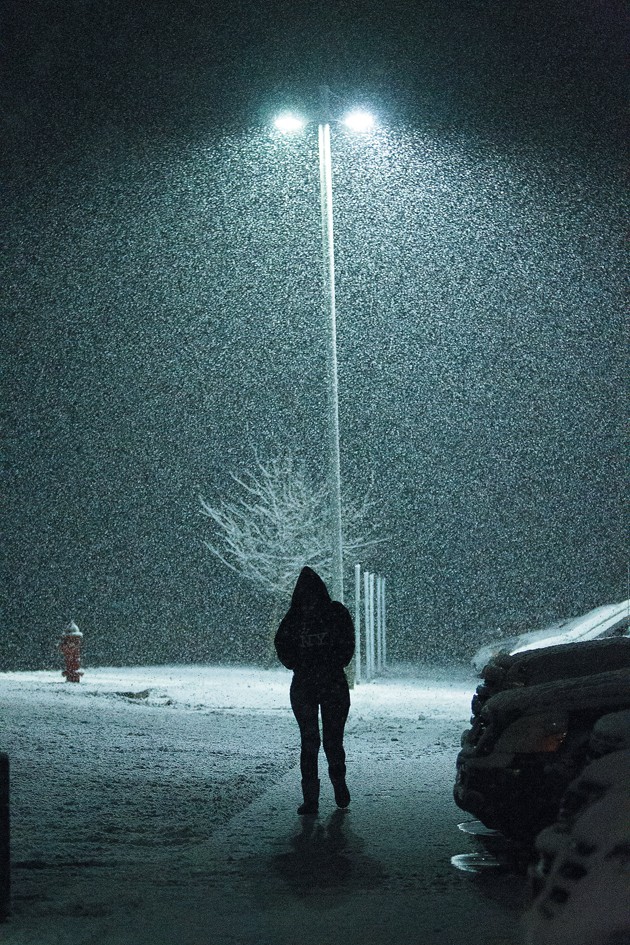 November precipitation totals in Tooele City exceeded normal for the month due to generous storms.

After a slow first month of the new water year, precipitation during November has helped improve moisture totals in Tooele City and local mountains.

Ned Bevan, Tooele weather observer for the National Weather Service, said November produced 1.79 inches of precipitation, which is .10 above the month’s normal of 1.69 inches. The month also received 7.5 inches of snow; normal is 10.2 inches.

Bevan said if October had received its normal precipitation amount of 1.81 inches, instead of 0.63 inches, the water year would be in the plus category.

“October is the culprit,” he said. “But it’s still early in the winter. We could easily get caught up with just a couple of good storms. It’s known to do that in December sometimes.”

But for Tooele City to get caught up by Dec. 31, storms will have to drop at least 2.5 inches of precipitation. Normal for the month is 1.48 inches, with 16.8 inches of snow.

Although Tooele City has already fallen behind during the water year’s first two months, the picture somewhat improves at higher elevations in local mountains.

According to SnoTel measuring stations in the Oquirrh, Stansbury and Sheeprock mountains, storms during November have helped push the water year closer to average amounts. SnoTel stands for Snow Pack Telemetry, and measures the amount of water in a column of snow. The measurement is called snow-water equivalent.

On the last day of November at Rocky Basin in the Oquirrh Mountains, SnoTel showed 4.8 inches of snow/water equivalent for 112 percent of median. The historical median for November at that site is 4.3 inches.

To the west at Mining Fork in the Stansbury Mountains, the SnoTel station there received during November 3.3 inches of snow/water equivalent for 118 percent of median. The historical median for November at Mining Fork is 2.8 inches.

The water year so far at that location is also positive. By Nov. 30 the site had received 7.6 inches of precipitation, which is 121 percent of average. The historical average there for the water year by Nov. 30 is 6.3 inches. The Mining Fork station is located at 8,221 feet above sea level.

At Vernon Creek in the Sheeprock Mountains, the SnoTel station during November received 0.6 inches of snow/water equivalent for 50 percent of median. The historical median there for November is 1.2 inches.

The water year total at Vernon Creek isn’t as robust as Rocky Basin and Mining Fork. By Nov. 30, SnoTel measured 3.2 inches for 63 percent of average. The historical average for the water ear there is 5.1 inches. The Vernon Creek station is located at 7,401 feet above sea level.

In addition, according to the National Weather Service’s Climate Prediction Center, the weather over the next three months may include above-average temperatures. At the same time, Utah has an equal chance for below-average, average or above-average precipitation.