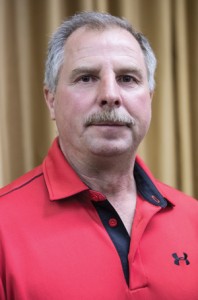 A Stockton Town Councilman has been deemed not qualified for the office after the town’s attorney determined he was not a registered voter when selected to fill a vacancy in a special election.

David Nutzman, who was appointed to fill a mid-term vacancy on the Town Council on Feb. 22, 2018, was found to not be a registered voter and didn’t meet legal qualifications for the position, according to a July 15 legal opinion from Stockton Town Attorney Roger Baker.

Nutzman was appointed to fill the council seat opened by Thomas Karjola being selected as Stockton Town Mayor following the resignation of former mayor Mark Whitney.

In Baker’s legal opinion, it stated Nutzman completed a driver license renewal application in December 2016 and checked “Yes” on the box next to the question asking about registering to vote where he lived. Nutzman did not, however, complete a voter registration form as required to finish registering to vote.

The published notice for the council vacancy stated the candidate being a registered voter in the town of Stockton. When Nutzman took the oath of office as a member of the Town Council on March 8, 2018, he was still not a registered voter.

The legal opinion said on June 13, Stockton Town Clerk Ashlee Wanlass verified Nutzman was qualified for office in anticipation of receiving his write-in candidacy application. After searching for Nutzman in the Tooele County Clerk’s website for confirmation of Nutzman’s voter registration, no entry was found for him.

Wanlass spoke with Tooele County Clerk Marilyn Gillette, who confirmed Nuztman was not a registered voter on the county’s voter registration records, the legal opinion said.

On June 24, Baker consulted with the state Office of the Lieutenant Governor regarding the facts of Nutzman’s situation, according to the legal opinion. While the lieutenant governor has no advisory or enforcement role in municipal election qualification matters, the office was of the opinion a person not registered to vote in a municipality can’t lawfully fill the office and the office is therefore vacant.

Later that same day, Baker informed Nutzman he did not appear to be a registered voter when he was appointed to the Town Council, and still wasn’t, the opinion said. Nutzman indicated he thought he registered to vote when he renewed his driver’s license.

Nutzman said he would meet with Gillette the following day and register to vote, if he was not, according to the legal opinion.

On July 11, Nutzman acknowledged to Baker that when he renewed his license, he did not complete the voter registration form and did not receive one from the Driver License Division clerk or request he complete one.

In Baker’s analysis and conclusion in the legal opinion, he stated that Nutzman didn’t meet the legal qualifications at the time he was appointed and did not solve the issue making him ineligible within the required 60 days.

As a result, Nutzman is disqualified from the office, cannot serve during the present term and the office is vacant, according to Baker.

Attempts to reach Nutzman for comment before press time on Thursday were unsuccessful.