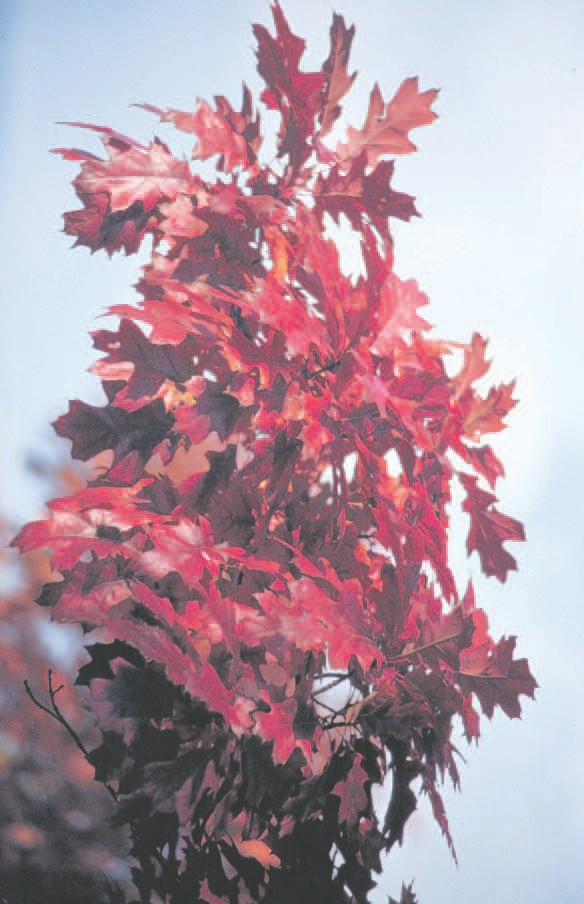 Over 100,000 Americans voted to make the oak the national tree, making it a national symbol of strength, and symbolizing the potential of great things coming from small beginnings.

It is common knowledge that our National Bird is the Bald Eagle and less common knowledge that the rose is our National Flower. As of December 2004, with Congressional passage and presidential signing of a historic bill, America also has an official National Tree — the oak. The measure was hosted by (no surprise here) the National Arbor Day Foundation at its website, arborday.org, in which zzAmericans helped choose the country’s newest national symbol.

“Having oak as our National Tree is in keeping with the wishes of the hundreds of thousands of people who helped choose this striking symbol of our nation’s great strength,” said John Rosenow, president of The National Arbor Day Foundation.

“The United States is blessed with a wealth of tree species — more than twice as many as all of Europe — and trees have played a key role in our nation’s history. Naming a national tree is a cause for celebration for us all. We’re grateful to the leadership of Congressman Bob Goodlatte of Virginia and Senator Ben Nelson of Nebraska for helping this become a reality.”

“As Chairman of the House Agriculture Committee, I appreciate how trees and forests enhance the environment, add recreational opportunities, and provide for the livelihoods of millions of individuals in the forest industry,” said Congressman Goodlatte. “The oak has long been an enduring and mighty tree. It is truly a part of our national heritage and merits the formal distinction of America’s National Tree.”

“The oak tree will now be as much a symbol of America as Thanksgiving Day, Old Glory, the Star Spangled Banner, and the bald eagle,” Senator Nelson said. “It is a fine choice to represent our nation’s strength, as it grows from just an acorn into a powerful entity whose many branches continue to strengthen and reach skyward with every passing year.”

Voting for the favored tree was open online for four months. The oak got 101,000 votes, while the magnificent runner- up, the redwood, received almost 81,000. Rounding out the top five were the dogwood, maple and pine.

People selected their vote from 21 candidate trees based on broad tree categories that included the state trees of all 50 states and Washington D.C. Write-ins were also accepted.

“We undertook this vote to remind Americans of just how important trees are to us all and to emphasize the history and grandeur of our trees,” Rosenow said.

Oaks include a diverse group of trees, with more than 60 species growing in the United States. Oaks are America’s most widespread hardwood trees. They have been important all through America’s history providing shade, beauty and lumber.

They were important in historical events as well. Abraham Lincoln used the Salt River Ford Oak as a marker in crossing a river near Homer, Ill., and Andrew Jackson took shelter under Louisiana’s Sunnybrook Oaks on his way to the Battle of New Orleans.

Oaks are equally important to our nation as lumber.

“Old Ironsides,” the USS Constitution, took its nickname from the strength of its live oak hull, which was famous for repelling British cannonballs.

More information about America’s National Tree and all of the other candidate trees is available at www.arborday. org, the official website of The National Arbor Day Foundation.

The Arbor Day Foundation is a nonprofit educational organization that inspires people to plant, nurture and celebrate trees.