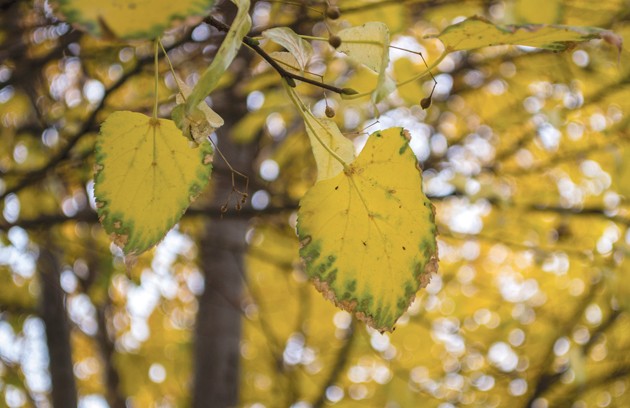 The arrival of Fall has brought changing leaves and a boost to the new water year. (Marissa GrundvigTTB Photo)

After barely a spit of rain last summer, the sky finally cracked open over Tooele City for the first month of the 2018-19 Water Year.

When compared to October precipitation totals for 2016 and 2017, and how little rain fell June through September of this year, last month’s water total could be called a gusher.

In October 2016, Bevan’s reporting station received only .63 of an inch of precipitation and in 2017 only .03 of an inch. And from June through September of 2018, only .76 of an inch fell. In fact, no rainfall was recorded during June and September. Normal precipitation during that four-month period is 4.39 inches.

“We’re off to a good start,” Bevan said. But he indicated caution that it’s too early to tell if the rest of the water year will go the same way and help lessen the county’s ongoing drought.

“I don’t know. I hope we get into a better pattern than last year,” Bevan said. “If it will just keep up, that will help a lot. … It’s been a nice autumn so far with moderate temperatures, but we could use some more precipitation, to have some in reserve.”

Bevan’s concern is not without merit. He noted the bulk of last month’s rain fell every day between Oct. 2 and Oct. 11, with smaller amounts on Oct. 17, 22 and 23. The period of Oct. 2-11 was when the remnants of Tropical Storm Rosa reached into Utah after crossing the Baja California Peninsula.

October’s normal daytime high averages 61.8 degrees while the normal overnight low averages 41.2 degrees, according to Bevan. He also noted his reporting station received no snow during October. Normal snowfall for the month is 3.8 inches.

The “good start” to the 2018-19 Water Year comes on the heels of the previous water year, which ended on Sept. 30 with only 10.49 inches of total precipitation at Bevan’s reporting station. Normal year-end precipitation at his station is 18.49 inches.

Tooele City isn’t the only area in Tooele County that received good rainfall last month. According to a Nov. 1, Utah Climate and Water Report by the Natural Resources Conservation Service, October brought moisture across Tooele and Rush valleys.

According to the 90-day forecast by the National Weather Service, there is a 40-50 percent chance of Tooele County experiencing above normal temperatures, with an equal chance of above, normal and below normal precipitation during the period.

Precipitation across Utah may be effected by a weak El Nino that is predicted by the weather service to take hold in late fall through early winter, bringing possible wetter conditions across the southern United States.

El Nino refers to the large-scale ocean-atmosphere climate interaction linked to periodic warming in sea surface temperatures across the central and east-central Equatorial Pacific, according to the weather service. When El Nino conditions are present, warmer-than-average and wetter-than-average conditions are likely to occur in Utah during winter.