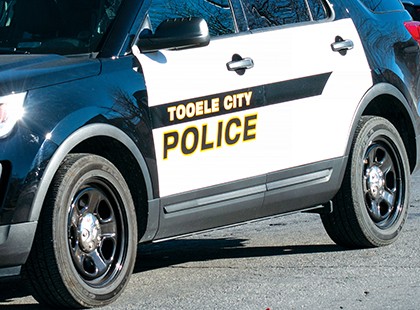 One man ended up in the hospital after being shot when firearms were discharged as Tooele City police responded to a domestic violence call on Wednesday morning.

A domestic disturbance turned into an officer involved shooting in southwest Tooele City on Wednesday morning.

Tooele County Dispatch received a call at 4:01 a.m. from a woman in Tooele City. She told dispatch that her husband was intoxicated, suicidal and had left home, according to Lt. Jeremy Hansen, with the Tooele City Police Department.

Before officers arrived at the home, the woman called dispatch back and said her husband had returned home, everything was O.K. and the police were no longer needed.

At 5 a.m. the woman called dispatch again, this time she told dispatch that the situation had turned physical. The dispatcher reported that the woman could be heard yelling “get off me” during the call, according to Hansen.

As officers arrived at the scene, they found a male in the garage with a firearm.

Body camera footage shows the male pointed his firearm at the officers and then a Tooele City police officer fired two shots. The male then shot once, Hansen said.

The male was hit in the torso. Emergency medical technicians had the male flown to a Salt Lake City area hospital.

No officers were injured.

The officer involved in the shooting is on administrative leave while the incident is under investigation, in accordance with department policy.

The shooting is being investigated by the State Bureau of Investigation.

This story will be updated as more information becomes available.