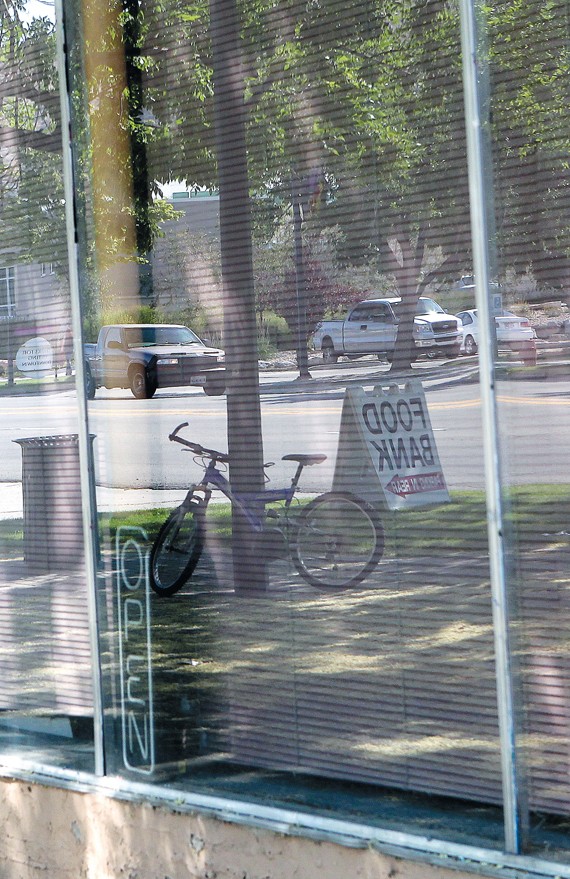 Kuipers says goal of ‘self-sufficiency center’ is now on hold ♦

Downtown merchants and local real estate agents are showing solidarity in their opposition to Tooele County’s proposal to expand the Community Resource Center in downtown Tooele.

In July, Tooele County received a $402,900 grant to acquire facilities adjacent to the Community Resource Center at 38 S. Main Street. Two weeks later, Grinders skate shop owner Chris Escobedo, whose business was housed in the former Sweat Fitness building next to the Community Resource Center, closed up shop saying the building’s owner wanted him to make way for the county project.

“We are not opposed to the county helping the homeless,” said Waldron. “Just not at this location.” In a letter to the county commission approved by the TCAR board of directors, the association raised concerns about removing a large commercial property from the tax rolls and the economic penalty that may be incurred as downtown businesses close or relocate if customers are hesitant to shop or dine in the downtown area because of an increased homeless presence.

Jim Haines, owner of The Home Touch and former president of the Tooele Downtown Alliance, said he opposes the move by the county to take up more storefront space on Main Street.

Haines also is not opposed to homeless services, but suggests a location off Main Street, perhaps on 50 West or 50 East would be more suitable.

The Sweat Fitness building was attractive to the county because it is adjacent to the existing Community Resource Center, which houses both the Food Bank and Tooele County Relief Services.

“The Sweat Fitness Center has stood empty for years and it was empty when we started the process of applying for the grant,” said Karen Kuipers, Tooele County Relief Services coordinator.

However, before the grant was awarded, Grinders moved across Main Street into leased space in the old Sweat Fitness building.

The Sweat Fitness Center also has showers, which county officials mentioned in their grant application as one of the services they wanted to add to their new location.

“We wanted to provide a place where people that need to could take a shower and do their laundry,” said Kuipers. “This service would be a small part of the services offered in the new location.”

With all the concerns about the purchase of the Sweat Fitness building, Kuipers said her plans are now on hold. She adds that the expanded facility was never intended to be an overnight shelter, preferring to instead call it a “self-sufficiency center” where the homeless could be helped to find work, among other services.

In 2011, Tooele County Relief services served 1,127 households with 236 people reporting they spent at least one night on the street or in a vehicle.

“Tooele County has a lot of families that face a financial crisis,” said Kuipers. “They come from all walks of life. Our goal is to prevent them from becoming homeless and then give them assistance in becoming self supporting.”