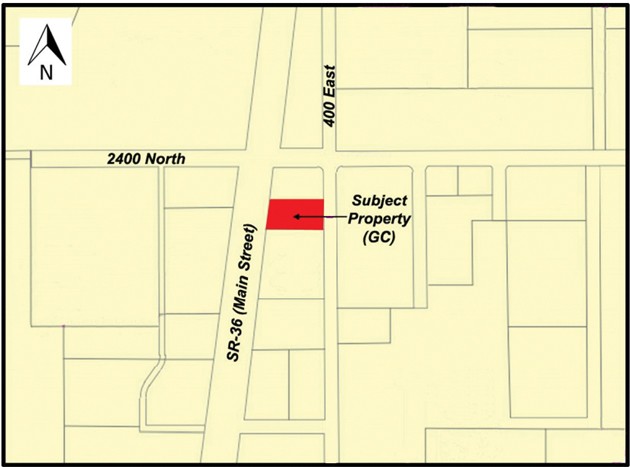 January 14, 2021
Paint store may be coming to Tooele City

The Tooele City Planning Commission approved a conditional use permit for a 4,000-square-foot store at 2347 North 400 East during their Wednesday evening meeting.

“This will be a nice addition to the city,” said planning commission member Chris Sloan. “The city wants businesses coming into the city. It lowers the tax burden on residents.”

Aagard said that the applicants wanted to use the location south of Popeyes for the new business.

Properties to the east are zoned IS, industrial service.

The subject property is included in the North Gateway Overlay zone, according to Aagard.

The overlay zone “encourages special standards” on properties that develop in the zone, he said.

Parking areas in the overlay zone are located behind the buildings to make entry into Tooele City look more aesthetically pleasing.

Aagard explained that the applicant wanted to build a Sherwin-Williams paint and paint supply retail store.

Aagard said that a site plan wouldn’t be included in Wednesday night’s  meeting. The site plan will be presented to the planning commission at a later date.

Aagard told the planning commission that notices were sent out to property owners within 200 feet of the subject property, but no one had any problems with the store being built.

During the meeting, a public hearing was held but no comments were made in person or by email.

At the end of the meeting, all of the members of the planning commission voted to approve the conditional use permit for the store.