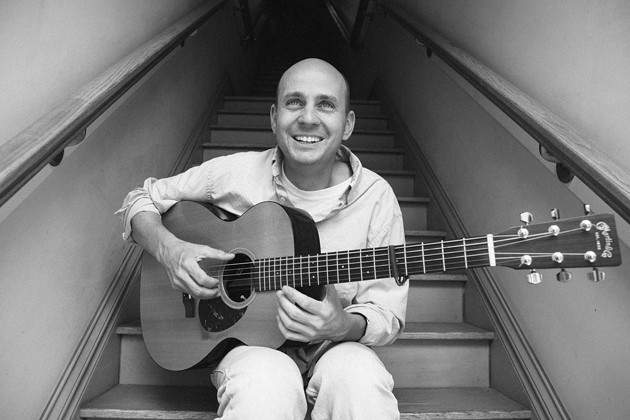 Peter Breinholt has played for Utah audiences for more than two decades. He performs this week at Fridays on Vine. (courtesy Peter Breinholt)

July 27, 2017
Peter Breinholt will perform on Friday’s on Vine stage

“We would get calls to play in different places and sometimes we really didn’t know what to expect. Would it be somebody’s backyard or a business location?” Breinholt said. “Our first time in Tooele was great. We had about 500 people there, and the good part was we were able to sell a lot of CDs. Later, we ended up going out there and playing during Christmas time. We’ve always loved it out there.”

Brienholt will back for what he thinks is his fourth or fifth concert in Tooele when his band plays Friday at 7 p.m. as part of Fridays on Vine.

“Mike has been with me since we formed the group as students at the University of Utah in 1993,” Breinholt said. “Craig recently came aboard. He’s well-known for his banjo and mandolin playing. He’s part of the Ryan Shupe band.”

Ryan Shupe and the Rubberband are scheduled for the final Fridays on Vine on Aug. 11.

In 2001, Breinholt recorded “Live September” during three sold-out performances at the Sundance Amphitheater in Provo Canyon.

Notes on his music career highlight performing at events for the 2002 Winter Olympics, including at the concert marking the arrival of the torch to Salt Lake City.

A live version of Breinholt’s song “Jubilee” was included on the official commemorative album of the games, alongside songs by artists with local ties, including Gladys Knight, Donny Osmond, Marie Osmond, The Mormon Tabernacle Choir, Kurt Bestor and Sam Cardon.

In Nov. 2016, Utah Gov. Gary Herbert awarded Breinholt the Utah Governor’s Mansion Artist Award for a lifetime of achievement in the arts.

Fridays on Vine begin every Friday at 7 p.m. at the Aquatic Center Park at 200 W. Vine Street. The concerts are free to the public, but seating is limited. Patrons are encouraged to bring a blanket or lawn chair.