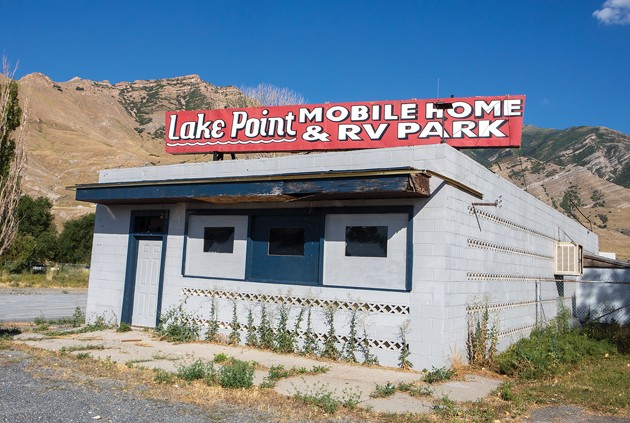 The owner of the Lake Point Mobile Home and RV Park is seeking ordinance changes for the property.

The Tooele County Planning Commission voted to recommend that the County Commission approve changes in the county’s land use ordinance regulating recreational vehicle parks during the planning commission’s Wednesday night meeting at the County Building.

Chris Robinson, who bought the former S&W Trailer Park in Lake Point, requested that the county change the ordinance to allow a space in an RV park to be rented to an individual for up to 150 days instead of the current 30-day limit.

“I’m working with a partner who has experience in RV parks,” Robinson said. “And he said that 150 days is what is needed to be financially viable.”

For comparison purposes, American Fork allows 60% of the spaces in its RV parks to be permanently occupied and North Salt Lake allows up to 90 consecutive days of occupancy, according to Jeff Miller, Tooele County planning staff.

In response to a question from the planning commission, Robinson said the change he is requesting will apply only to RV parks, not mobile home parks.

“The whole reason I bought the old S&W trailer park was to control the development in the area,” Robinson said. “It was a blight … the infrastructure is a total mess.”

Robinson is also the developer of Saddleback.

With only three remaining mobile homes occupied in the former S&W park, Robinson said he may go through the required legal process to repurpose the property.

“I want this to be a nice RV park with RVs that come and go,” Robsinson said. “But particularly in the winter, we need some longer term residents.”

The planning commission amended Robinson’s proposal to allow for up to 40% of the spaces in an RV park to be occupied by the same RV for up to 24 months for workers in construction and professional services industries at the discretion of the park’s owner.

“I can see RV parks like this filling a need for temporary housing for workers,” said planning commission member Scott Jacobs.

County planning staff also suggested language for the RV park ordinance that includes a minimum area to be set aside for common use, that areas not covered by RVs be landscaped and maintained according to an approved plan, driveways to be hard surfaced, and minimum standards for road width in an RV park.

The planning commission voted unanimously to recommend that the County Commission approve the requested ordinance changes.