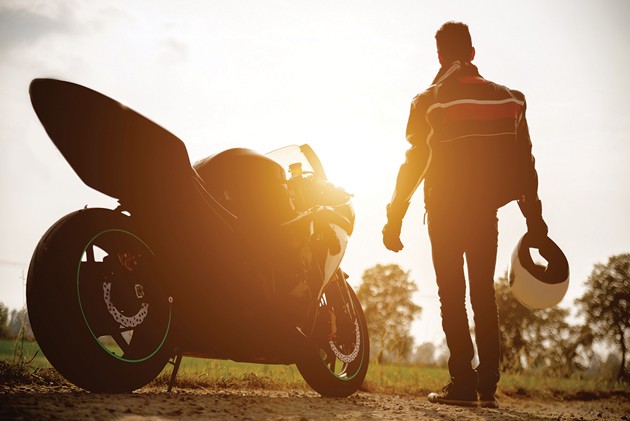 July 29, 2021
Please help keep our motorcyclist family and friends safe on the road

Almost a year ago, my husband’s dad, Mike, convinced him that he needed a motorcycle in his life.

Needless to say, I was not happy at first, because of the statistics I’ve heard about motorcycle accidents. Honestly, I thought it was a death wish.

Of course, I have since made amends with the fact that he likes to ride his motorcycle and I even ride with him occasionally. Now, I feel more at ease, because he has proven to me that he is able to ride as safely as possible.

There are two things I haven’t made amends with though.

The first is the constant motorcycle talk and lingo I continuously hear and will never understand, but that is just something I’ll have to live with. Anyway, back to the important topic here. The second is the other drivers on the road who put my husband in danger when he rides.

So, we are going to talk about all things motorcycle safety.

Hardly a few weeks ever pass without us hearing about a motorcycle accident on the radio or the news. It’s scary, because almost all of us know someone who rides. In fact, just over 8% of households have at least one individual that rides a motorcycle, which equals out to about 10 million households in America. These are our family members, friends, and coworkers.

Generally, motorcycle riders are much more likely to be involved in a serious accident than those who drive regular vehicles. Obviously there is only so much that motorcyclists can do to keep themselves safe. But, a lot of us hold our breath until they make it home safely, not because of the motorcyclists themselves, but the other vehicles on the road.

The Utah Department of Public Safety completed an extensive study in 2016 containing facts about motorcycle accidents. In 2016 there were 1,168 in the state of Utah, resulting in 1,014 injured. That equals out to about 86% of accidents resulting in some type of injury. These injuries range from road rash to serious brain damage. They found that motorcycle crashes were 9.9 times more likely to result in death than other vehicular crashes.

“Cars often turn left in front of bikers who are trying to go straight, because they don’t see them,” my husband Christian commented. “They aren’t looking for them.”

Perhaps many accidents are caused by other vehicles, because drivers aren’t trained to see motorcyclists.

“Car drivers aren’t trained to look for motorcycles,” Christian told me. “They are usually looking for larger profile vehicles. Our brains will see motorcyclists and subconsciously block them out, because they are not the same size as our vehicles and our brain doesn’t consider them a threat.”

The good news is that it’s easy to train yourself to look out for motorcycles.

“It’s good to count motorcycles or try to spot them on your way to work or if you have kids in the car, you can make it a game and have them count motorcycles,” Mike, my husband’s dad,  said. “This will teach your kids to be trained to watch out for motorcycles too when they start driving.”

It’s important to be patient with motorcycle riders. Oftentimes, those of us in vehicles can become impatient on the road. Road rage is becoming more common, because drivers can’t wait a few extra seconds. By allowing ourselves to become angry on the road, we are putting those less protected — like motorcyclists — in danger.

Please remember that these riders are people’s loved ones. It’s not worth it to get to your destination 30 seconds or even a minute earlier and seriously hurt or kill someone we love.

“Give bikes room on the road,” Mike said. “Please don’t get on our butts. Watch out for it and if we have to lane filter, deal with it. Lane filtering is a safety practice so we don’t get read ended and the bikes don’t get overheated. A lot of bikers are injured at stoplights.”

To close — this is my plea to you — please watch out for motorcyclists on the road. Those who ride have just as much right to be on the road as you do. They are just trying to have a good time, then get home to their families.