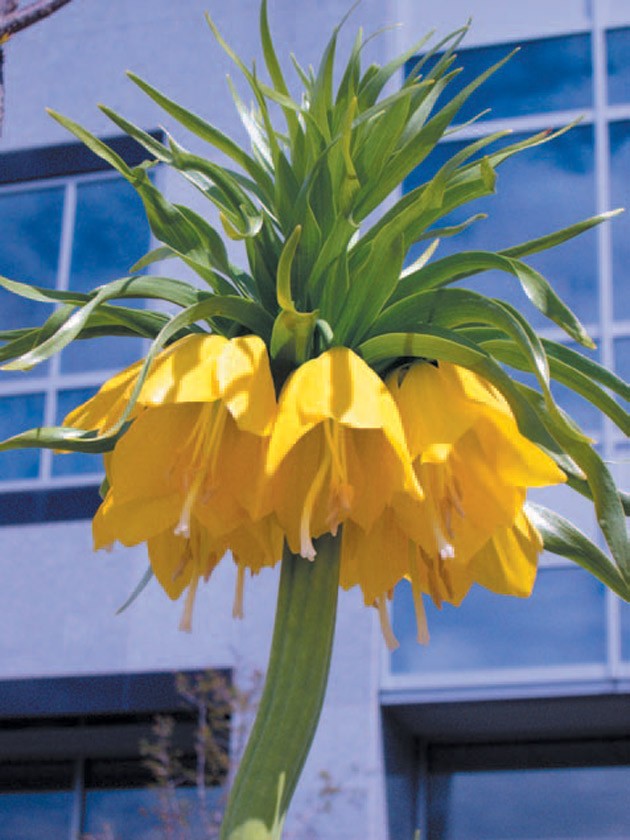 The so-called stink lily (left) is actually a gorgeous plant. It’s real name is fritillaria, commonly called fritillary. It has been maligned because it is one of more than 100 species that emits a musky scent.

Fritillaria, commonly called fritillary, has been maligned because one of its more than 100 species emits a musky scent and bears the common name stink lily.

Don’t judge all fritillaria by this standard. (In fact, the so-called stink lily, shown, is a gorgeous plant.)

Species of fritillaria range in height from 3 inches to 4 feet. Early-spring bloomers, fritillarias usually stay in flower for more than two weeks.

Description: The largest of the fritillary family, crown-imperial grows 2 to 4 feet tall and produces foliage-capped clusters of nodding blooms. Although the blooms emit a musky odor, which earned the plant the unpleasant moniker of stink lily, don’t let this deter you from including crown-imperial in your garden. Its stellar height and vivid colors make it an excellent bedding selection. Planted in groups of three to six plants, the imposing crown-imperial holds court above smaller bulbs. The red-orange variety ‘Aurora’ is spectacular. ‘Lutea,’ an all-yellow variety, also is impressive.

Description: The unusual appearance of this fritillary species has spawned such descriptive names as guinea-hen tulip (comparing the checkered petals to the mottled feathers of a hen) and snake’s-head lily (for its nodding bloom). The 6- to 8-inch-tall plants produce delicate bell-shaped maroon or cream blooms. In the wild, this species gravitates toward shaded areas and riverbanks. It naturalizes well and is also a good choice for rock gardens. Fritillaria meleagris ‘Alba’ is an all-white variety.

Description: The nodding yellow-and-purple flowers of F. michailovskyi are a charming addition to any garden. In sun or partial shade, F. michailovski appears early in spring and grows up to 8 inches tall.

Description: The long, straight stems of this fritillary are lined with many bell-shaped brownish-purple flowers. Loving full sun, these plants grow to 30 inches tall. They are magnificent paired with the crown-imperial but are more sweetly fragrant.