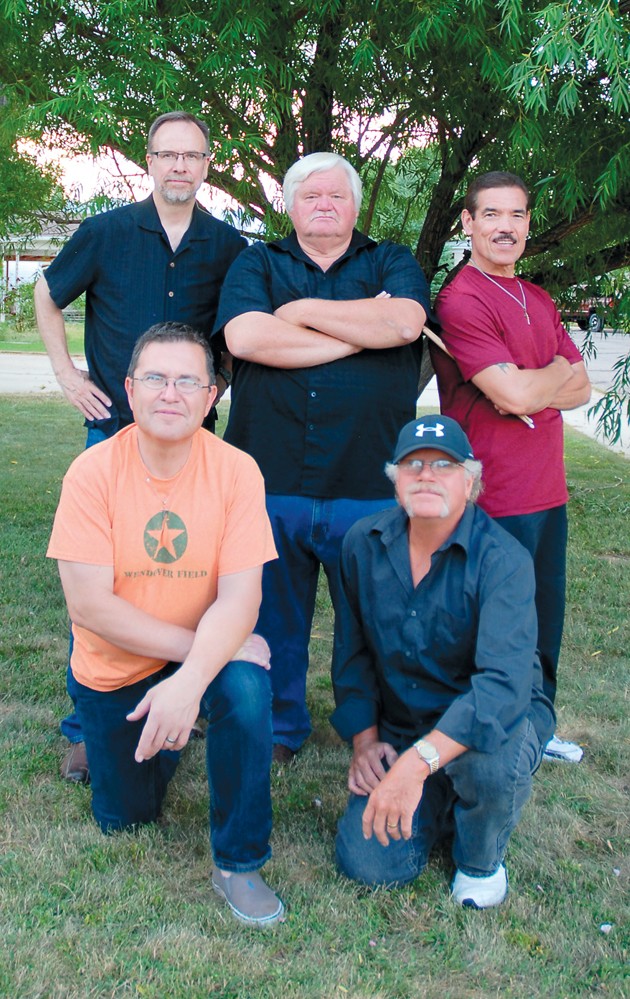 Though they were told it couldn’t be done, Bent Fender secured a third consecutive gig at Fridays on Vine anyway — and they did it for the love of music.

The popular local-grown band will play its customary rock, blues and country, focusing on covers that aren’t often heard while throwing in occasional favorites such as the Beatles or the Eagles. However, members of the audience may notice a few differences this year.

Kimball Carter, one of the band’s vocalists and guitarists, said Bent Fender has been experimenting with various sound systems and has discovered that a smaller sound system produces an overall better sound.

Consequently, he said, the band is encouraging patrons who attend this week’s concert to sit close to the stage to experience both a more intimate concert and a better sound.

To make the experience even more authentic, Carter said the band may play a 15-20 minute warm-up with acoustic instruments for residents who arrive early.

As is their custom, the band will also stay to play later than is required by their contract. Carter said they expect to play until 9 p.m. this Friday.

The audience may also notice some differences in Carter’s own performance. Carter said he was recently diagnosed with leukemia and, although his prognosis is good and he doesn’t require chemotherapy, he said his energy level remains a little low while he recovers.

The band still plays a good number of gigs, Carter said, but focuses mostly on the music rather than the money, and chooses to stay closer to home.

Each of the five members of Bent Fender have over 40 years of experience in music, and the band came together organically over the course of a few years. Carter joined a group in Salt Lake after he relocated to Erda about eight years ago. While with that group, he met Vince Vargas, a Tooele resident who now plays bass and does vocals for Bent Fender.

Rick Blake began playing guitar and singing for the group after he moved to Tooele from Maine. Then, when the band’s original drummer quit, Carter, Vargas and Blake became an all-Tooele trio. They later picked up another drummer, Salt Lake resident Dave Neria, and most recently brought in Ruddy Stewart of Lake Point on keyboards.

Fridays on Vine concerts begin at 7 p.m. in the Tooele City Park at 200 W. Vine Street. Seating is limited, so patrons are encouraged to bring a lawn chair or blanket. Admission is free to the public.