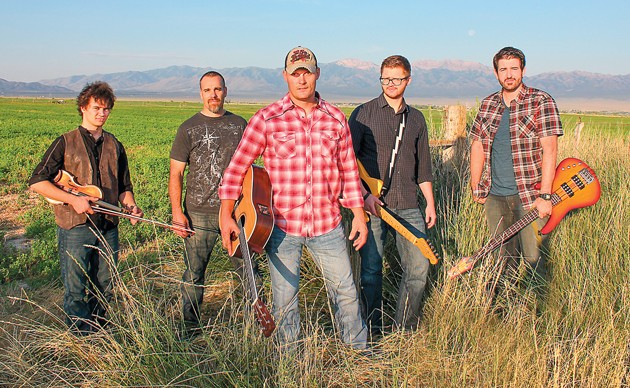 July 16, 2015
Popular Kindle Creek to light up the stage at Fridays on Vine concert series

Kindle Creek will return to the stage at Fridays on Vine this week for what the band promises will be a great show.

The show will mark the first of many appearances for Kindle Creek this summer, bass player Aaron Gumucio said.

Hurst said the band puts a lot into each new song they create.

“When I write a song, or someone else writes a song, we pour our souls into it,” he said. “When you can tell that music, something you’ve created, has affected someone else, that’s what it’s all about. It [the music] comes full circle.”

Music isn’t the only thing that’s new in the band. Two new band members have joined Kindle Creek since the last time the group appeared at Fridays on Vine. Jordan Hess, a violin maker and fiddle player from Indiana, joined the group after the previous fiddle player left. Jordan Shumway was the band’s first fiddle player and a founding member, Hurst explained.

Kellen Tew is the newest face in Kindle Creek. The band announced his arrival about a week ago. Tew is originally from Logan and plays lead guitar in the band.

The band is not new to Tooele. In addition to playing at Fridays on Vine in 2014, Kindle Creek also participated in the 2014 Country Explosion festival at Deseret Peak Complex. The group also performs a lot at fairs, Hurst said.

“We especially like playing for local audiences,” Hurst said. “It’s really fun to play at Fridays on Vine. This will be our third or fourth time playing there. It’s a cool atmosphere.”

After its performance Friday, the band will return again July 23 as the opening act for Country Fan Fest at Deseret Peak Complex. Hurst said the show will be a lot of fun. His favorite thing about playing in country music festivals is the energy he feels from the fans.

“Everyone there is a country music lover,” he said.

Kindle Creek started five or six years ago when Hurst, Shumway and drummer Bryce Jensen played solos at the Tooele County Fair on their respective instruments. After the fair, the three musicians got together to form Kindle Creek. The group writes many of its own songs and released its first album in 2011. Hurst describes their sound as “not necessarily traditional country — ‘rockin’ country’ is what we call it.”

Fridays on Vine concerts begin at 7 p.m. in the Tooele City Park at 200 W. Vine Street. Seating is limited, so patrons are encouraged to bring a lawn chair or blanket. Admission is free.