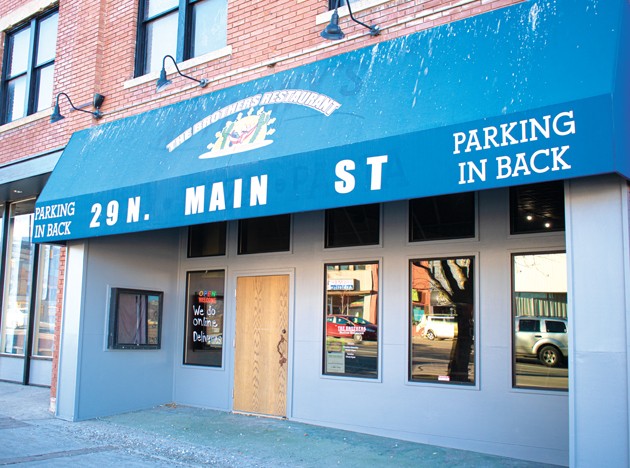 The Brothers on Main Street in Tooele City. The Brothers opened three years ago at this location. They are now looking for a new home, as Virg’s bought this building and will move in sometime in 2021.

In what may look like restaurant dominoes, The Brothers on Tooele City’s Main Street will close and Virg’s Restaurant from Erda will open in The Brothers former location.

The Brothers will look for a new location to continue their business in Tooele, according to Adriana Cruz, manager of The Brothers and wife of the owner, Jose Giron.

David Law, owner of Virg’s, purchased the building at 29 Main Street in Tooele where The Brothers is now operating.

Law said he discussed a couple options with Jose Giron, owner of The Brothers.

Sharing the building would help reduce costs for both restaurants at a time when COVID-19 restrictions and reduced customers are putting a financial strain on the restaurant business as a whole, according to Law, who has operated Virg’s in Erda for 23 years.

Cruz said she and Giron discussed the idea of working with Virg’s for a couple weeks before deciding to opt to find a new place.

“We just didn’t think it would work out,” she said. “The two parts of the building are very different and the kitchen is small. It would be difficult for both of our employees to share the kitchen.”

Law said he hasn’t given The Brothers and official eviction notice. Instead he plans to meet with Giron and discuss a timely turn over of the facility, according to Law.

“Some time around the end of the year seems like a natural point to make a change,” he said.

After The Brothers leave the building and Virg’s move in it will take a while to get everything ready for Virg’s to open. So there is no set date right now for the opening of Virg’s at 29 North Main in Tooele City.

Law, who lives in Stansbury Park, owns three other Virg’s Restaurants as well as Penny’s in Stockton.

Virg’s Restaurant started in 1981 on State Street in Salt Lake City, Utah. Law worked at Virg’s for several years. In 1990, Law bought the restaurant after the owner passed away.

29 Main Street in Tooele City has been home to a couple of local restaurant entrepreneurs.

Tooele restaurateur Spiros Makris spent two years and over $1 million to purchase and remodel the two turn-of-the-century buildings at 29 S. Main Street prior to opening Sostanza Restaurant in May 2009. Sostanza closed in June 2012.

Anthony’s Main Street Grill, owned by Anthony Barbiero, had an eight-month run at the location, closing in Oct. 2013.

The building sat empty after Anthony’s closed. Local contractor Randy Hunt purchased the building from the bank that acquired the property in a foreclosure. He rented the location to the Giron brothers.

Brothers Jose and Francisco opened The Brothers restaurant in March 2017. The two brothers from Guatemala  worked together in the restaurant industry for years. They worked briefly in the construction industry before deciding to open their own restaurant.