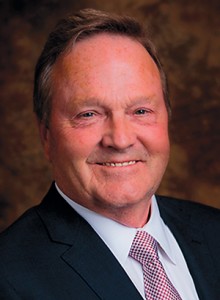 Leaders of the state’s Prison Relocation Commission will come to Grantsville next week after all. 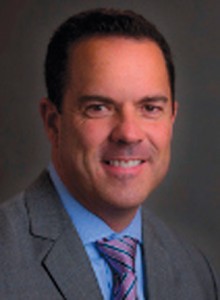 They had planned to skip out on a series of three informational meetings in communities that may host the new Utah State Prison. But the PRC’s co-chairs announced last week that they will participate in the meetings, according to Sen. Jerry Stevenson, R-Layton, PRC co-chairman.

With Grantsville as a prospective site for the new prison, one of those three meetings will be held at Grantsville High School on May 28.

“My job as an elected official is to listen to people,” Stevenson said. “So that’s what I’m going to do. I will be at the meetings to listen.”

Stevenson said he expects the House co-chair of the PRC, Rep. Brad Wilson, R-Kaysville will also participate in all three informational meetings.

“All the members of the PRC have been invited to attend all three informational meetings, schedules permitting,” Stevenson said.

The informational meetings will start with an open house display of information followed by a moderated question and answer period, according to Stevenson.

The open house will start at 4 p.m. and the question and answer session will run from 7 p.m. to 9 p.m.

“People will be asked to write their questions down and submit them to the moderator,” Stevenson said.

The questions will be answered by a panel that will include at least one of the PRC co-chairs.

The answer panel will also include members of the PRC’s consulting team, and staff from the Department of Corrections and the Commission on Criminal and Juvenile Justice.

The purpose of the informational meetings is to educate people about the prison and the site selection process, according to Stevenson.

“We need to get the facts out on the table about prison relocation,” he said. “Many objections I have heard to the prison aren’t based on facts.”

Although the current PRC began a little over a year ago, efforts to move the prison started in earnest at least three years ago. That was when a previous committee, the Prison Relocation and Development Authority, completed a study and reported that it was in the best interest of the state to move the prison, Stevenson said.

Moving the prison will free land it is on for economic development. Because of the current prison’s location, the property is expected bring the state $1.8 billion annually in total economic impact once it is developed, according to a study by the PRC’s consultant.

Speaker of the House Greg Hughes, R-Draper, suggested in a 2014 PRC meeting that the additional revenue from the development of the old prison property will be used to pay off the $470 million bond to build the new prison.

Without the new revenue stream, a new prison would be unlikely, according to Hughes.

A new prison is needed not only because the old prison is physically dilapidated, but also to meet the needs of inmates, according to Stevenson.

“The current prison is not conducive to modern programs for rehabilitation and training of the people that are incarcerated,” Stevenson said. “New programs offered at the new prison will reduce recidivism and better prepare inmates to return and become part of society.”

Over the last year the PRC has looked at over 40 potential sites. Those sites have been objectively rated by the  PRC’s consultant, Stevenson said.

“Out of the original 40 some sites we have narrowed it down to five sites that are at this time undergoing an intense engineering analysis,” Stevenson said. “Each site has positive things as well as challenges.”

All five sites are currently equal in consideration, according to Stevenson.

“They are all rated number one right now,” Stevenson said. “But when we are done there will be only one left.”

Two of the five sites under considerationn for the state prison are in Tooele County. One is east of Sheep Lane from the Miller Motorsports Park. The other is on the west side of Grantsville City in an industrial park near the Walmart Distribution Center.

The other three potential prison sites are: near I-80 and 7200 west of the Salt Lake International Airport West, at the southernmost part of Eagle Mountain, and in Cedar Valley along SR-73 near the town of Fairfield.

The PRC aims to have the final site recommendation completed six weeks after the last informational meeting, which is scheduled for June 2.

After the final site is identified, the PRC will hold at least one formal public hearing, Stevenson said.

After the PRC makes its final recommendation, Gov. Gary Herbert will call for a special session of the Legislature, possibly in August, so the final site can be approved by the full House and the Senate and then signed off by the governor, according to Stevenson.

The local PRC meeting on May 28 will be held at Grantsville High School from 4 p.m. to 9 p.m.

The rally will include a food truck roundup and music by Desert Highway, a Grantsville-based bluegrass band, according to Allen.

Other informational meetings hosted by the PRC will be held on May 20 at the Promontory Building at the Utah State Fairpark in Salt Lake City, and on June 2 at Frontier Middle School in Eagle Mountain.