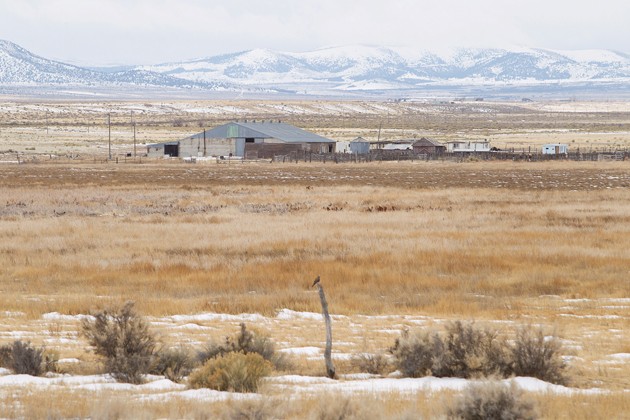 Tooele City is seeking to sell its 1,784-acre sod farm with buildings and corrals in Vernon. Tooele will keep the water rights associated with the land.

The proposed sale of farm property Tooele City bought nearly 30 years ago for future water development will be the subject of a public hearing Wednesday night at City Hall.

The proposed sale is only for the land while the water right will remain with the city. The city’s appraised asking price is $1.25 million. The sod farm is located west of state Route 36 and north of Vernon.

Last September the city announced its intent to sell the property and the city council approved a resolution to list it with New West Realty Group, LLC, in Grantsville. The resolution states the purpose of the sale is to bolster the city’s finances and help minimize taxes on residents and businesses.

When the resolution was signed, Tooele City Attorney Roger Baker said the city owns the land for the water asset only, and does not want to be in the agricultural land management business.

The city currently is in a lawsuit with the former lessee of the property, which claims the city wrongfully terminated a management lease and owed the business money to compensate for its sod crop. Baker said the city’s reasons for terminating the lease are unrelated to selling the farm.

When the city bought the land, the plan at the time was to someday build a 30-mile pipeline to transport the water from Vernon to Tooele City for culinary use by residents and businesses. That plan was met with immediate resistance by Vernon and Rush Valley residents.

In an interview Monday, Tooele City Mayor Debbie Winn said the city isn’t retaining the water right because it intends to someday build the pipeline. Instead, the Utah Constitution requires the city to keep it.

In an email Monday, Baker said the Utah Constitution prohibits municipalities from selling or leasing their water rights. Once water rights are in the name of a city, they must remain there.

“For a Utah municipality to sell a water right would require an amendment to the Utah Constitution, which would have to be approved by election of the people,” Rogers wrote. “The only flexibility is that the law today would allow Tooele City to trade its water rights for other similar water rights owned by someone else. Of course, cities as utility companies can sell supplies of water to customers.”

The sod farm’s proposed sale includes the land and any buildings, corrals, irrigation systems and other structures currently affixed to the property. The sale excludes the water right, associated wells and pumps, and a groundwater protection zone.

The listing agreement with New West Realty is for 12 months with a 7 percent commission after sale is finalized. State code requires that cities must hold a public hearing prior to selling city-owned land.