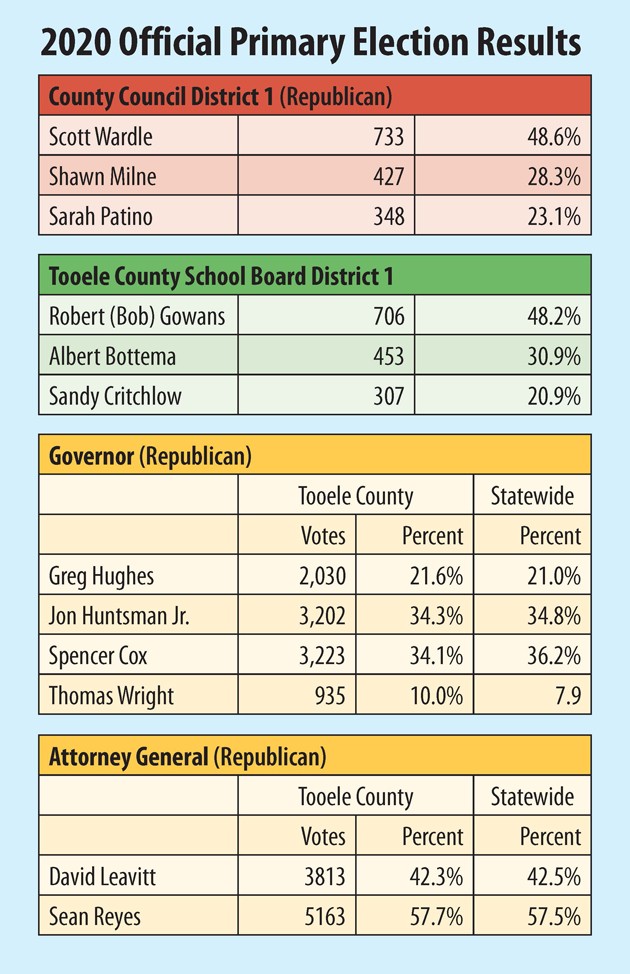 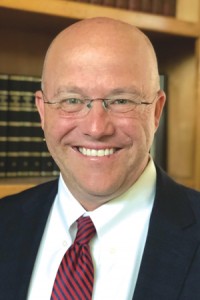 After running the quarantined ballots through the verification and counting machine on Monday the race for County Council District 1 picked up 452 more votes cast.

With these votes added, Scott Wardle held on to his lead with 48.6% of votes cast.

While Wardle will have to wait for the final vote canvass to be the official winner, he appears to be the Republican primary winner as Gillette said there aren’t enough uncounted ballots remaining to change the results.

“We have what we call ‘problem children’ (ballots) that have problems such as signatures don’t match or they didn’t sign the ballot,” Gillette said. “Those will have been notified and hopefully ‘cured’ before the canvass. There aren’t enough of them, however, to make a big difference in the count from Monday.”

State code requires write-in candidates to file by Aug. 31 by 5 p.m. with the clerk’s office in order for votes for them to be counted.

The only other primary race in Tooele County was also unaffected by Monday’s vote count.

Voters in the non-partisan Tooele County School Board District 1 primary chose Bob Gowans with 47.9% and Al Bottema with 29.1% of the votes cast to face off in the general election. Sandy Critchlow came in third place with 23.1%.