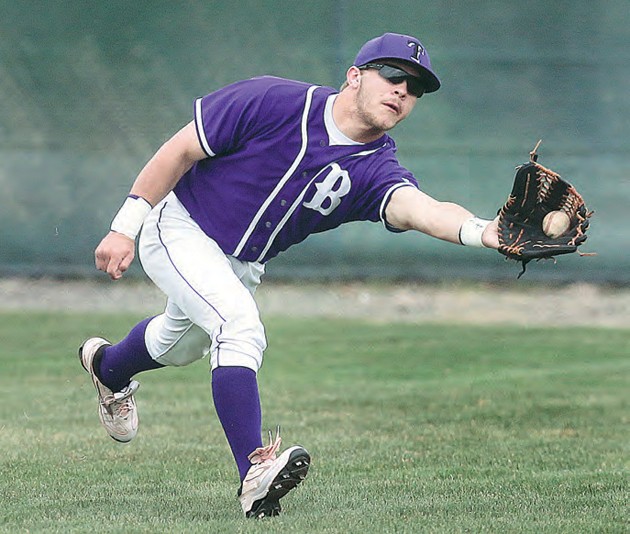 Tooele and Bear River came into their game Monday afternoon even in the standings at 3-3 in Region 11 but they didn’t look even on the field. Bear River shot out quick with 12 runs in the first two innings.

From there, Bear River contained Tooele and ended the game in the fifth inning with a 14-3 victory at Dow James Park in Tooele to sweep the Buffaloes on the season.

The Bears pounded out 13 hits against Tooele as Blair Ballard did the most damage by going 3-for-4 with a double and a pair of singles while scoring on three different occasions in the victory.

Tyson Vigil had a solid game at the plate for Tooele, going 2-for-2 with a pair of singles and a run scored. Drew Sanders knocked in two of the three Tooele runs in the loss. Tooele now finds themselves on the outside of the playoff picture looking in as they sit in the fifth spot as of Monday night with a 3-4 record.

Bear River brought out the big sticks right from the beginning as the Bears compiled a two-out rally. Ballard and Jordan Rose hit back-to-back singles and were both brought in by a towering home run to left by Brock Hill to give the Bears a 3-0 advantage.

Bear River wasn’t done putting runs on the board either as Colton Cornwall singled to center with the bases loaded to bring in a pair and then Kyle Zundel also scored on the play on a Tooele error to give Bear River a 6-0 lead in the middle of one.

Vigil got things started for Tooele with a one-out single in the bottom half and then Sanders belted a double to the gap in right-center to cut the Bear River lead down to 6-1. Tooele picked up a run in the first inning but Bear River went right back to scoring in the second inning.

Kade Purser brought in a run with a sacrifice fly and Zundel followed two batters later with the single through the left side of the infield for a 10-1 lead.

Cornwall picked up his third and fourth RBI of the game in the second inning with a double ripped off the fence in left-center to bring in a pair and give Bear River a 12-1 lead in the middle of two.

Tooele couldn’t get anything going offensively, let alone keep up with Bear River. The Bears struck again in the fourth when Keelen Hess reached on an error and then was able to score on another Tooele error for a 13-1 lead in the middle of four.

In the bottom of the fifth, Tooele needed four runs just to stay in the game and extend it to the sixth inning. Jack Memmott started a little rally with a one-out single while Chase Weishaupt reached on an error and Vigil walked to load the bases.

Back to back bases loaded walks by Sanders and Chris Lane brought Tooele within 14-3 with only one out but Bear River was able to escape the jam and end the game in the fifth inning with the 11-run victory.

Tooele will look to get back on track when they host Ogden Thursday at 3:30 p.m.