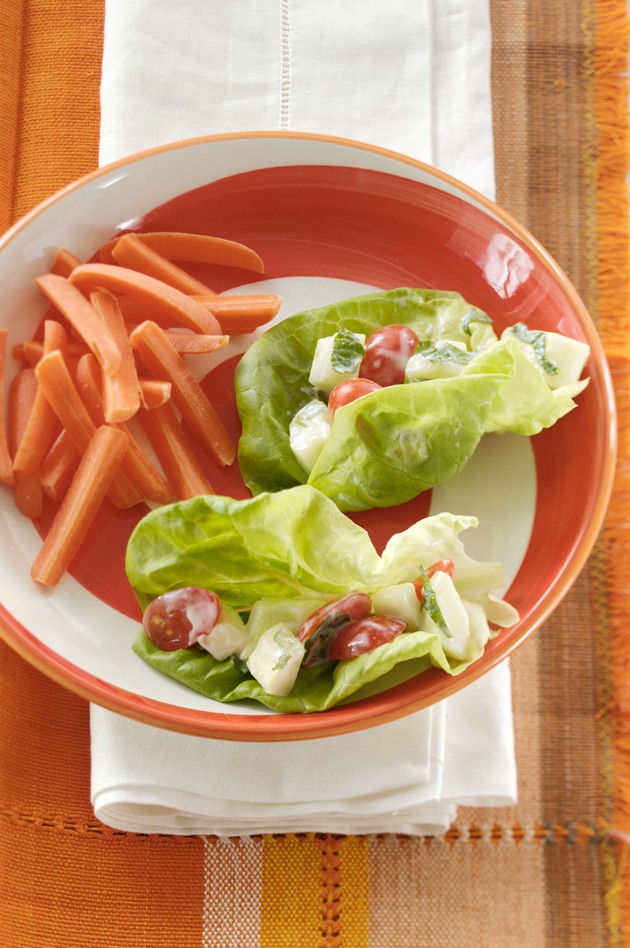 Variously described as a salad, a sauce, a condiment and a dip, the yogurt-based vegetable dip known as raita (RI-tah) is a mainstay of Indian cuisine and the South Asian style of eating. Typically, a central mound of bread or rice is surrounded by side dishes—almost always including raita—and condiments to be taken, blended and enjoyed according to the preferences of the diner.

Fundamentally, raita is yogurt mixed with vegetables such as cucumber, eggplant or spinach, along with herbs (coriander, dill and mint), and spices like caraway, mustard seed and pepper. Fruits can also play a part; some raita recipes call for bananas or tomatoes. Whatever the combo, there’s a theme at play—raita serves as a cool counterpoint to spicy dishes like curries and biryanis. And the concept is not unique; raita bears a striking resemblance to Greek tzaziki, the ubiquitous condiment on tables at Greek restaurants in the United States and a requisite for gyros.

If recipes for raita seem varied, perhaps that’s to be expected from a country as diverse as India. As Indian food authority Madhur Jaffrey points out, India is larger than the whole of Europe (excluding Russia) and has grown up with at least five major religions and 15 major languages (with 1,500 minor languages and dialects). The 17 states created when India achieved independence were drawn on existing cultural lines, arguably making the states of India as diverse as the countries of Europe.

One source contends that cucumber would never be included in authentic versions of raita: Ayurvedic medicinal tradition holds that when cucumber is combined with yogurt, it becomes harmful to the body. Personally, I’m willing to take the chance.

This refreshing salad is in the style of an Indian raita or a Greek tzatziki, a chutney side dish.

Look for Relish magazine, celebrating America’s love of food, each month in the Tooele Transcript Bulletin. For more Relish recipes and to sign up for our newsletters, log on to relish.com. To download our new tablet app and our free mobile app, Relish Daily Dish, go to relish.com/mobile