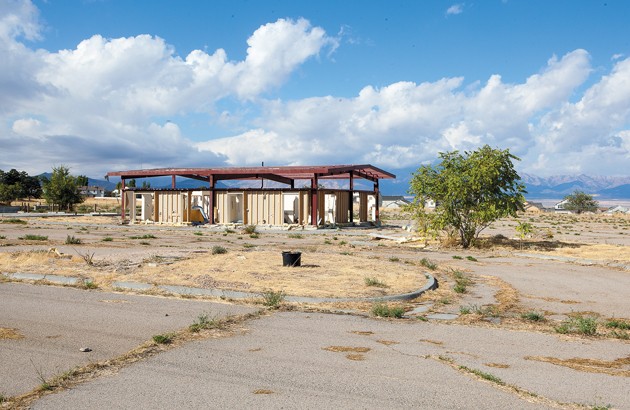 The Tooele City Redevelopment Agency and a developer are currently negotiating a purchase agreement for 33 acres of RDA property located at 1000 N. Main Street behind the 7-Eleven convenience store/Wendy’s restaurant.

The Tooele City Redevelopment Agency and a developer will continue to negotiate a purchase agreement for 33 acres of RDA property on Main Street, an official said.

The city RDA approved the first draft of the purchase agreement with the Boyer Company during a meeting on July 6. Since then, Boyer has reviewed the agreement and raised several issues, said Randy Sant, Tooele’s economic development consultant.

“I met with them over the suggested changes,” he told the RDA during a meeting Wednesday. “They’re business issues, not necessarily legal issues.”

One of the developer’s concerns, that he might end up paying for utilities twice, may be solved simply by clarifying the language in the purchase agreement. But the other issues will require more negotiation, Sant said.

“I don’t think there’s anything in here that’s a deal-breaker,” he said. “But there are things that will require more analysis.”

For example, the first draft of the purchase agreement states Boyer must prepare a master concept plan for the entire 33-acre property at its expense and take it to the city for approval. The city has full discretion over whether to approve or reject the plan.

As one of its suggested changes to the agreement, Boyer proposed adding a clause stating if the city chooses to reject the plan, it would be required to reimburse Boyer $100,000 for creating the plan.

That issue, as well as three others identified by Boyer, drew some opinions from members of the RDA, but no consensus was reached during Wednesday’s meeting. Sant promised to look into the offered ideas along with city attorney Roger Baker.

The RDA, which consists of the Tooele City Council and Mayor Patrick Dunlavy, will revisit the agreement during future meetings. It meets on the first and third Wednesday of every month. Work meetings, when most issues are discussed, are held at 5 p.m. and business meetings, when most votes are held, are at 7 p.m. at City Hall.

State law requires city staff to post the agendas of each meeting at least 24 hours in advance online at tooelecity.org.

The city RDA has spent years working to bring new businesses to the 33-acre property, located at 1000 N. Main Street behind the 7-Eleven convenience store/Wendy’s restaurant.

Sant was excited when the Boyer Company expressed interest in purchasing and developing the property two months ago. He said at the time, “We believe we’ve found someone who will move forward with the project. … Our goal would be to open stores in spring 2018.”

The current negotiations over the purchase agreement shouldn’t delay that timeline at all, he said.

One thought on “RDA, developer still working on terms for Main Street property”