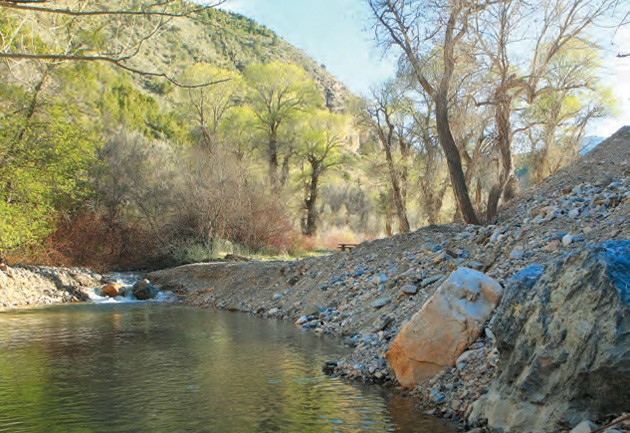 High temperatures shattered Tooele County records Monday afternoon in a climax of the past weekend’s heatwave that melted much of what little snowpack remained in the surrounding mountains.

Temperatures rose to 86 degrees just after noon Monday, easily exceeding the previous 1949 record of 82 degrees, and the heat is expected to continue until temperatures begin falling on Wednesday in advance of a storm system expected later this week, according to Peter Wilensky, lead forecaster with the National Weather Service in Salt Lake City.

Tooele narrowly missed breaking another record on Sunday. Temperatures hit 84, but fell short of the 87-degree record — even as many other parts of the state saw record highs.

The heatwave exacerbated dry conditions created by this year’s mild winter, and by Monday afternoon, Tooele’s snowpack had nearly vanished. The Rocky Basin monitoring station showed 34 percent of normal, with 14 percent at Mining Fork and zero snowpack at Vernon Creek.

Randy Julander, the snow survey supervisor for the Natural Resources Conservation Service, said streams in Tooele County would likely swell with runoff for the next two weeks, reaching their maximum flow for the year before tapering back to normal levels for the next several months, leaving the area dry for the rest of the summer.

“There’s a whole lot of summer ahead of us,” Julander said, “and it looks like about 16 miles of gravel road with a leaky radiator.” Streams across the county are at or above normal currently, with Vernon Creek running at normal levels and South Willow Creek running above normal.

These kinds of wet-dry weather patterns are the norm in Utah, according to Julander, and, as one of the local climate’s defining characteristics, occasional droughts are to be expected.

“We look at [the record heat] as more of the same,” Julander said. “You take a look at it historically and many times it’s feast or famine.” Julander added that with reservoirs still full from last year’s wet spring, the full effect of the recent dry, warm weather won’t be felt for another year.

“It’s going to be interesting,” he said. “Right now, all reservoirs are full, so this year will be OK. But if we go into next year with low reservoir storage and have another bad year we’ll start to feel it.”

Grantsville Reservoir has been full since April 8, according to Grantsville Irrigation Company watermaster Lynn Taylor, but, with little snowpack remaining in the mountains, water levels in the reservoir aren’t likely to rise further.

“It’s going to be pretty low by the end of summer,” Taylor said. Likewise, Settlement Canyon came within three feet of spilling, according to Gary Bevan, president of the Settlement Canyon Irrigation Company. But he too expected the reservoir was already at its peak for the summer.

“The snowpack is pretty well wiped out,” Bevan said. “I don’t see much if any runoff coming down.”