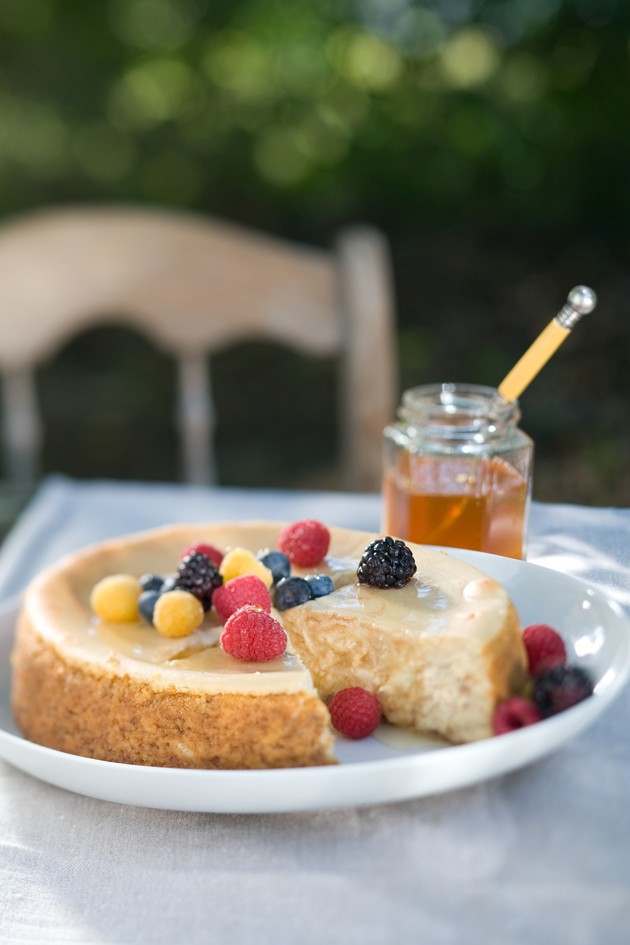 In its heyday, Lindy’s was one of the most popular restaurants in New York. On busy nights, lines formed outside, but we never minded waiting because the payoff was a piece of Lindy’s cheesecake.

In addition to eggs and cream, what’s often called “New York Cheesecake” has 2 1/2 pounds of cream cheese and is invariably described as rich and creamy. We’d always assumed that cheesecake was invented by one of Lindy’s bakers who found himself with an oversupply of cream cheese, but it turns out that cheesecake goes back a lot longer than Lindy’s.

According to food historians, cheesecake probably originated in 776 B.C. when it was served to athletes at the Olympic games. After a roundabout journey across Europe, where it was made with curd cheeses like ricotta and cottage, cheesecake made the trip across the Atlantic with immigrant cooks. The real breakthrough in the cheesecake story came in the late 19th century when a New York dairyman came up with cream cheese by adding cream along with milk to his cheese. From there, it was only a matter of time before blocks of foil-wrapped Philadelphia-brand cream cheese were transformed into cheesecakes.

Cheesecake has always been one of our favorite desserts, and although we’re not runners, we’d like to think we could manage a few sprints if it meant a cheesecake, like the honey version printed here, at the finish line.

To keep the cheesecake from cracking, run a knife between the crust and pan a few minutes after removing it from the oven. The cheesecake will cool and condense without sticking to the pan’s sides.

1. Preheat oven to 325F. Brush inside of 8- or 9-inch springform pan with melted butter.

2. Mix walnuts and cookie crumbs in small bowl; spread evenly in the pan, coating bottom and sides.
3. Beat cream cheese and 3/4 cup honey with a mixer at medium speed until smooth, scraping down bowl’s sides occasionally, about 3 minutes.
4. Beat in eggs one at a time; beat in cream and vanilla. Beat in flour, cinnamon and salt. Pour into crust.
5. Bake about 1 hour and 10 minutes, until lightly browned and a little puffed. Cheesecake will jiggle in the center but will set as it cools. Let cool on a wire rack 2 hours. Cover and refrigerate. To serve, drizzle with remaining 2 tablespoons honey and garnish with berries, if desired. Serves 10.