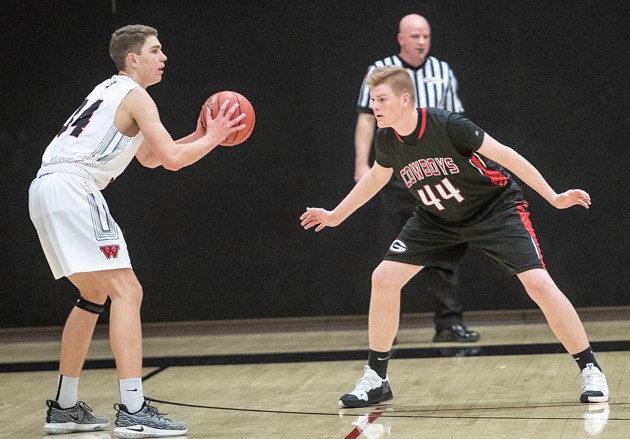 Ben Lomond stretched its lead to as many as 13 down the stretch as the Scots beat Grantsville 70-60 on Wednesday.

“We’re trying to figure out how we can stop somebody on defense,” Grantsville head coach Bryan Detweiler. “Tonight, it was a case of turnovers, effort and communication.”

The Cowboys scored six quick points midway through the fourth quarter to pull Grantsville to within seven points, highlighted by a pair of layups out of the press-break offense by junior forward Jackson Sandberg. Sophomore center Davin Ekins followed that with a bucket at the block to make it 59-52 Scots with 3:47 left to play.

On the next possession, Ben Lomond senior guard Stephon Watson drove through the lane to put the Scots back up by nine, and the Cowboys started fouling to extend the clock.

Ben Lomond made 11 of 13 free throws in the final quarter to put the game out of reach, going 17-of-23 overall.

After falling behind by five in the first quarter, the Scots went on a 17-6 run in the final six minutes of the first half to take a four-point lead into the locker room, capped off by a corner 3-pointer by senior forward Stephon Watson, who finished with 12 points.

Senior guard Seth Beckett hit a pair of 3-pointers early in the second half to help the Cowboys make up some ground lost in the second quarter.

Ben Lomond junior guard Garet Rentmeister had 10 of his game-leading 22 points in the fourth quarter. Junior forward Titus Hughes chipped in another 16.

Sandberg and Ekins each scored in double figures, combining for 24 points. As a team, Grantsville wasn’t at the free-throw line often, going 3-for-6 from the stripe — all in the second half.

Ben Lomond is now 5-4 on the season. The loss drops Grantsville to 1-7.

“We as a coaching staff are talking about opening it up to the team to see what they think is going on,” Detweiler said of the Cowboys’ struggles this season.

The Cowboys will next face Granger at 7 p.m. on Friday at home.