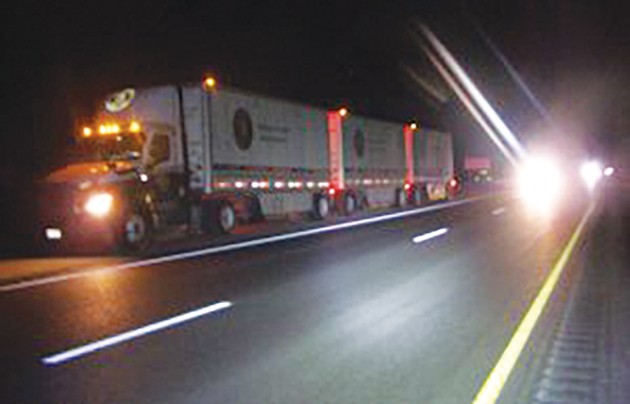 A semitruck hit a man walking on I-80 east of Wendover on Friday night.

During the weekend a pedestrian was hit by a semi-truck on I-80.

Investigators believe either the struck pedestrian’s vehicle broke down or it ran out of gas.

A semi-truck pulling three trailers on Jan. 21 around 10:40 p.m. was traveling westbound on I-80 near milepost 11, according to a press release from the Utah Highway Patrol.

The semi-truck struck a pedestrian walking in the second lane causing the individual to have to be airlifted in critical condition to an area hospital.

A vehicle, that is believed to belong to the pedestrian, was located about one-fourth if a mile east of the scene of the accident, parked in the emergency lane.

The pedestrian had a skateboard and a phone with the GPS active routing him to exit four, according to the press release.

Officers believe that the pedestrian’s vehicle had a mechanical issue or ran out of fuel.

The pedestrian, whose name is not yet being released, passed away as a result of his injuries on the morning of Jan. 22.