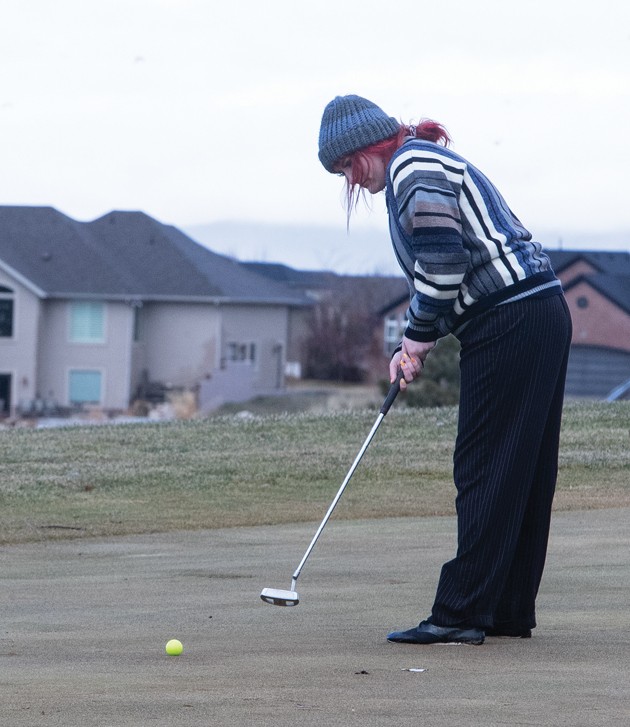 Stansbury’s Michal Broadhead watches her putt roll toward the hole during Thursday’s Region 11 golf match at Stansbury Park Golf Course. Broadhead finished third with a score of 86, helping the Stallions finish second out of seven teams.

Ben Lomond finished fifth with a team score of 497, followed by Juan Diego (499) and Ogden (515). The Region 11 teams will compete Thursday at East Bay Golf Course in Provo, weather permitting.