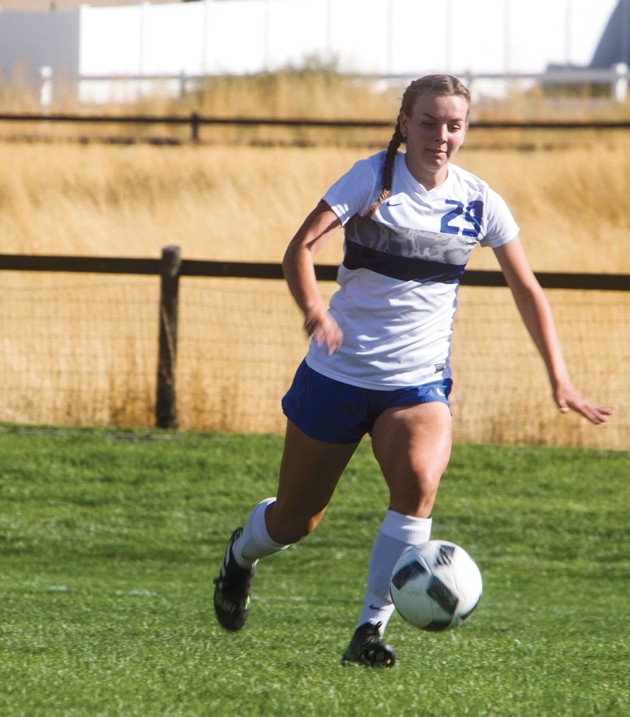 Ever since she was a little girl, Sammy Howa has been a soccer player.

She started off at Elite FC in Tooele County before playing for Stansbury High School and Forza Futbol Club. Then, Peninsula College in Port Angeles, Washington, came calling, giving her a chance to continue her soccer career at the next level.

Howa played a major role for the Pirates, playing every minute of the Northwest Athletic Conference tournament as Peninsula’s starting center midfielder and helping to lead her squad to the NWAC championship on Nov. 11.

“I’ve never been in such an intense moment,” Howa said. “We were playing rivals and if we lost, we were out. I really liked it. I liked the feel — the game was so important to everyone, even in the stands. It was nice with our team kind of being the star of the show.“

The Pirates became the first team to win four NWAC championships, and posted three shutout victories in their tournament run. Howa was a key part of that run, helping to make sure her teammates were in the right place from her center mid position.

It was the culmination of a lot of hard work for Howa, who had to work her way into the lineup as she adjusted to the faster pace of college soccer.

“It was definitely a dramatic change,” she said. “It started off kind of rocky. All the freshmen were kind of rocky, trying to adapt to how fast it is. I feel like we peaked right at the right moment. Right at the end, we were the best that we could possibly be.”

Sammy’s mother, Kim Howa, said it has been a treat to watch her daughter thrive at the college level after being a four-time varsity letterman at Stansbury High.

“It was awesome to watch her play. It was nice to have all those years of taking her everywhere for soccer kind of pay off a little bit,” she quipped. “She’s been doing soccer ever since she was way little. That was always her goal, to play (in) college.”

Sammy Howa didn’t get a lot of playing time at the beginning of the season as she tried to prove herself, but gradually worked her way into coach Kanyon Anderson’s lineup. She started the season as a substitute before eventually earning a starting spot at the most crucial part of the season.

And when the pressure was on, she flourished.

“It was nothing like we’d seen in high school or club, so that was kind of an added pressure,” she said. “Everyone was watching. The men’s soccer team and women’s basketball team all came, so the crowd was crazy.”

Sammy Howa plans on playing at Peninsula College again in 2019 before transferring to a four-year school to continue her playing career. The original decision to go to Washington for school wasn’t an easy one, as she had originally planned on attending Southern Utah University in Cedar City before a coaching change caused her to change her plans. But after attending multiple camps and tournaments and drawing the attention of Peninsula’s coaching staff, she knew it was the right fit.

“I knew that she always wanted to go to Washington because she had played with her club team in the Nike tournaments in Seattle,” Kim Howa said. “I kept telling her, ‘it’s really far away, Sammy.’ It’s been a good experience for her. I know she’s been a little homesick, but she’s really glad she stuck it out.”

Sammy Howa said she is thankful for her parents’ support as she moved 15 hours away from home to follow her dream. She also credited coaches such as Forza FC coach Ray Parkhurst and Elite FC coach John Graber for helping her develop her game, as well as Tooele High coach Stephen Duggan, who wrote a letter of recommendation and helped her get her name out to college coaches.