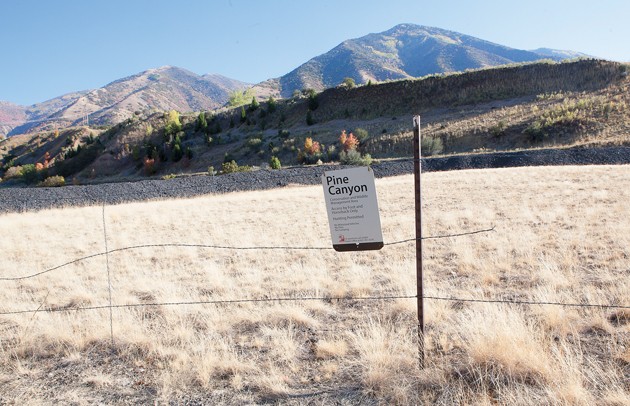 Atlantic Richfield Company Inc. has agreed to pay what it owed to the U.S. Environmental Protection Agency for cleanup work at an old smelter site.

ARCO is the current owner of the former International Smelter, located near Pine Canyon approximately 2.5 miles northeast of Tooele City. The company signed a legal settlement with the EPA last week to reimburse the federal agency $560,000 for work performed at the superfund site.

That work was primarily maintenance on the site, but it did include some of the original site cleanup costs, said Erna Waterman, EPA remedial project manager for the site.

“They had paid for some of the [original] costs but hadn’t paid the full amount,” she said. “[But] mostly it was for maintenance work. It includes the EPA’s oversight. … When I work onsite, they pay my hours.”

The settlement wasn’t the first ARCO has signed with the EPA and it may not be the last, Waterman added.

“Part of what this settlement is, is an agreement that they will pay future oversight of the maintenance,” she said.

As part of the site remediation process, ARCO must follow an EPA maintenance plan. Every five years, EPA officials travel to the site and review ARCO’s ongoing work to maintain the cleaned area. The last review took place in 2012.

The next five-year review will occur in 2017, Waterman said.

The EPA made the former International Smelter a Superfund site and placed it on the National Priorities List in July 2000. Starting in 2005, ARCO removed up to 18 inches of soil contaminated with lead and arsenic in several locations, including near the old Tooele Valley Railroad, near a school, in recreation areas and two residential properties, according to the EPA.

Starting in 2006, ARCO capped the excavated areas with 12 inches of clean soil and new vegetation and fenced in the treated areas. In 2007, the EPA implemented requirements for monitoring and maintenance. In 2011, the site was removed from the National Priorities List.

“There’s not a lot going on there now,” said Bryan Slade, director of Tooele County Health Department’s environmental division. “The cleanup happened in the early to mid-2000s.”

The International Smelter opened in 1910 under ownership of International Smelting and Refining Company. At first, the business did only copper smelting but in 1912, ISRC built a lead smelter. In 1915, the operation was purchased by Anaconda, which later became ARCO, according to the EPA.

The copper smelter closed in 1946, followed by the lead smelter in 1972. Smelter operations produced an estimated 650,000 tons of tailings, slag and flue dust each year, the EPA website states.