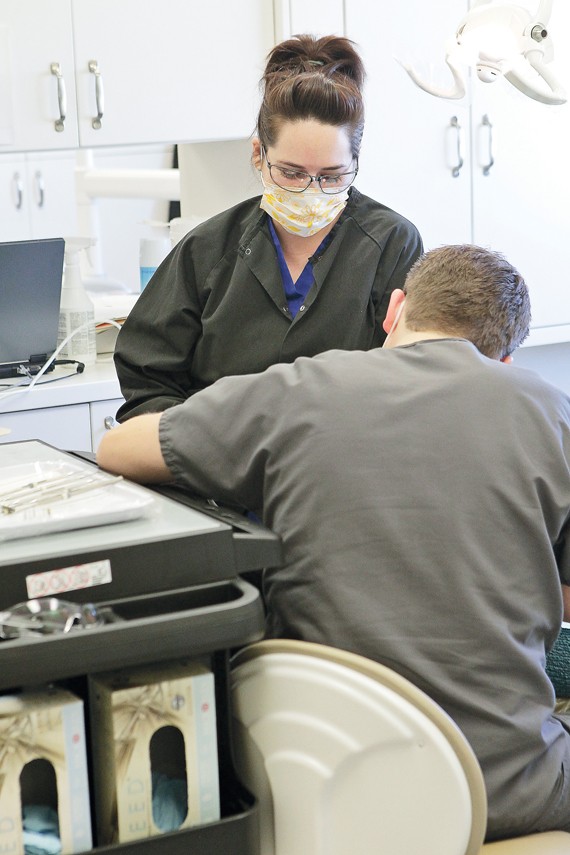 November 15, 2012
Some departments spared thanks to outside funds

While Tooele County’s budget woes have hit some county departments hard, others have survived relatively unscathed because their revenue is largely derived from state and federal sources.

The Tooele County health department had to trim only $150,000 from its $4.3 million 2012 budget because it only receives $700,000 in direct support from county funds, according to Myron Bateman, Tooele County Health Department director.

“That’s 20 percent of our support from the county that was cut,” said Bateman. “While it may look like a small part of our entire budget, it still hurt and will have an effect on the services we are able to provide.”

A total of four jobs at the health department have been cut this year, but two of those won’t actually be eliminated until six months from now and the other two are positions that were recently moved into the department.

“We had to reduce our school nurse staff by two and we reduced the size of the emergency management department that was just transferred to us by two people,” said Bateman.

The health department had been spared from previous rounds of budget cuts largely because the department brings in the majority of its revenue from state and federal grants that are independent of the county’s revenue. Out of the health department’s $4.3 million revenue originally budgeted for 2012, $700,000 came directly from the county, $823,440 came from charges for public and environmental services, and the $2.8 million balance came from federal and state contracts and grants.

The school nurse program is funded by the county’s general fund, according to Bateman.

However, Bateman was able to temporarily save the job of the two school nurses by finding funding from among the many grants that support his department to keep them on until April 6. After that the department will have to re-examine how it funds school nurses, Bateman said.

In the last round of budget cuts, the department lost $90,000, which was 15 percent of its allocation from the county’s general fund.

For Aging and Adult Services the latest budget cuts did not translate into staff reductions, but instead eight employees that worked enough hours to be eligible for benefits will now have their hours reduced to a level where they no longer will receive benefits.

Hours at the Tooele Senior Center will also be cut back. The center will now close at 4 p.m. Monday through Thursday instead of at 5:30 p.m.

“Even though these last cuts were hard on our staff, we have been fortunate because a large portion of our budget comes from state and federal sources,” said Maher. “It has really softened the impact on our department.”