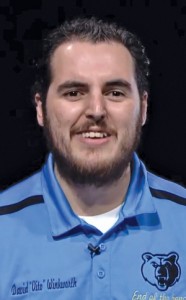 My managing editor was starting to fret a bit.

I told him I could handle sports during the 2021-22 school year, and then I would take June off and then perhaps take on a few assignments, sports or otherwise, on a part-time basis.

Others here at the Transcript-Bulletin said I needed to help find somebody to replace myself or they might be asked to do sports along with their many other duties and responsibilities — they didn’t want that to happen.

About a month ago I asked for some help from other sports writers and editors I know in the state and most of them replied that they would “ponder” any possibilities.

Apparently, they are still pondering.

I figured I would begin to  search more thoroughly come April 1, and perhaps check back with ponderers.

Since temperatures jumped from 30 degrees to 75 degrees last week it’s a sign that spring is upon us and baseball, softball, soccer, track, girls golf are in full swing. By the third week of May all the state champions should be determined and students at Tooele, Stansbury and Grantsville will graduate on May 27 with ceremonies at the Maverik Center in West Valley City.

Grantsville’s trips to state championship games in football and basketball at Weber State University were super fun. I was able to watch the Cowboys  from the press box at Stewart Stadium and from the press row at Dee Events Center on Feb 26.

A freelance writer by the name of David Winkworth was covering the 3A girls title tilt for the Richfield Reaper. He helped me hook up to the Dee Events Wi-Fi, which unbelievably can sometimes be daunting for an aged 65-year-old. He was extremely helpful and courteous.

Prior to the game and at halftime we chatted.

“I actually live in Tooele,” he said. I’m not sure he said the ‘actually’ part, but it flows with my story.

“Do you want to be a sports editor in Tooele?” I asked.

I didn’t expect too much interest. “Sounds interesting,” he said.

He rattled off a bunch of sports jobs he has held the past 10 years or so including Stats Crew with Salt Lake Stars, Sports Broadcaster Westminster College, Social Media Writer, sports writer Salt Lake Tribune, Radio Broadcaster.

We texted a bit during the next couple of weeks, and now he’s ready to join the Transcript Bulletin staff full time as sports editor.

I told him the job is a lot of fun most of the time, but if he ever leaves he’s required to find his own replacement.