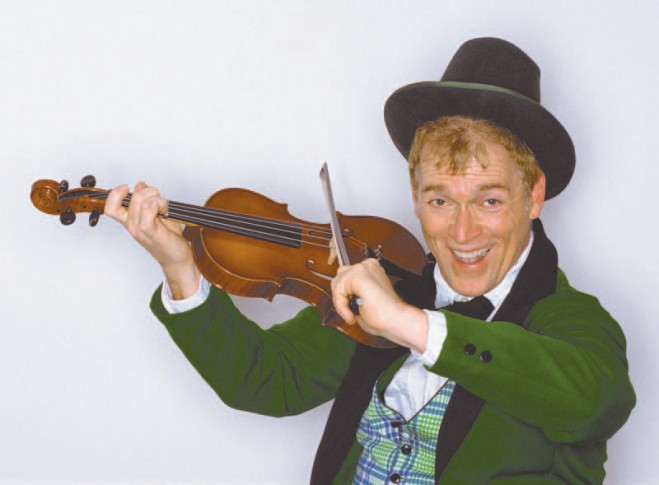 St. Patrick’s Day is celebrated by Irish throughout the world and “those who wish they were.”

Every year, March 17 celebrates the feast of Ireland’s patron saint. Over the centuries it has become a local, national and international celebration of rich Irish heritage. It is celebrated in most countries throughout the world including the United States.

Although St. Patrick is best known as the patron saint of Ireland, he was not a native of that country. Historical research indicates he was born in Scotland, or as some historians claim in Gall, France.

Slavery was a common practice of the time and Patrick was taken captive to Ireland at the tender age of 14. Because of his Christian upbringing in his native country, he frequently turned and prayed to God.

Mysteriously he felt the urge to bring that message of faith and love to his new found friends and the masters whom he served.

After six years as a slave he escaped and was reunited with his family, never losing the desire to return to Ireland and share the good news.

He entered a monastic community where he studied, and was ordained to the priesthood. Following Ordination, he labored extensively in Rome where he eventually became a bishop and received a call to return to Ireland with the message of the gospel.

Patrick’s Mission was not an easy one, Druidism (Ancient Celtic Religion) was widely practiced. He and his followers where subjected to imprisonment and persecution, but prevailed. A well-known symbol of Irish Faith and culture, the Shamrock was used by Patrick to explain the Deep Mystery of the Trinity. He died in 461 A.D.

Patrick to this day enjoys a special place in Irish culture, tradition, prose, poetry, music, song and dance. His feast of March the 17th is observed as a National Holiday in Ireland.

Over the past decades, there has been a re-awakening and renewed interest in Irish Culture. In January 2005, the Chieftains Ambassadors of Irish Music came to Abravenel Hall, where they were joined by the Utah Symphonic quartet, for a celebration of the Emerald Isle. This six-time Grammy award winning group has toured internationally for over 40 years.

The stage production at Kingsbury Hall “The Lord of The Dance,” synonymous with the name of Michael Flattley and a wave of Celtic mania which swept the world in the mid-1990s, has continued to grow.

It’s been the most popular touring dance production in history. Flattley, who opened the show in Dublin in 1996, is the first American to win the All World championship in Irish Dance.

There are currently seven schools of Irish dance in Salt Lake City.

A special feature of this year’s celebration is the James Joyce Exhibition at the Salt Lake City public library, March 10- April 18. Joyce was a great, though somewhat controversial Irish writer.

On March 22 a free lecture about Joyce by scholar and lecturer Vincent Cheng will be held at the Salt Lake City Library auditorium at 7:30 p.m.

In addition, a 22 panel photographic exhibit is currently touring the Western United States, under the auspices of the Irish Consul General’s Office in San Francisco. This is a focal point for a two-month series of programs including lectures, films and plays.

The annual St. Patrick’s Day Parade with 100 floats, bands, and a variety of entertainers wound its way through the Gallivan Center and adjoining streets on March 12. Adults and youth from St. Marguerite’s participated in the parade. Similar celebrations are held in major cities throughout the United States.

Since the declaration of independence, the United States of America has been a melting pot for peoples of varying ethnic cultures and traditions. The Statue of Liberty has been a beacon of hope and welcome to one and all, including Irish immigrants. Among the best known families who immigrated in recent times to the United States from Ireland were the Kennedys — the late President John F. Kennedy’s ancestors.

Today, St. Patrick’s Day, we remember a culture that has become part of the richness and uniqueness of our country. Everyone is welcome to join in holiday celebrations at St. Marguerite’s Parish with Father Matthew O. Wixted.

• Holy Week Liturgical Services — Holy Thursday, March 24; Mass of The Lord’s Supper 7 p.m.; Good Friday, March 25; Stations of the Cross 3 p.m.; Liturgy of the Lord’s Passion. 7 p.m.; Holy Saturday, March 26; Easter Vigil 7:30 p.m.; Easter Sunday, March 27, Masses 8:30 and 11 a.m. Father Matthew O. Wixted is the pastor of St. Marguerite’s Parish at the corner of Vine and Seventh Streets. Father Wixted moved from County Tipperary, Ireland, in 1962 to Salt Lake City after being ordained in the Catholic Diocese of Salt Lake City. He has been in various Parishes, including 18 years at Holy Cross Hospital. He has served at St. Marguerite’s Parish for almost nine years and also serves as Catholic chaplain at Dugway Proving Grounds.