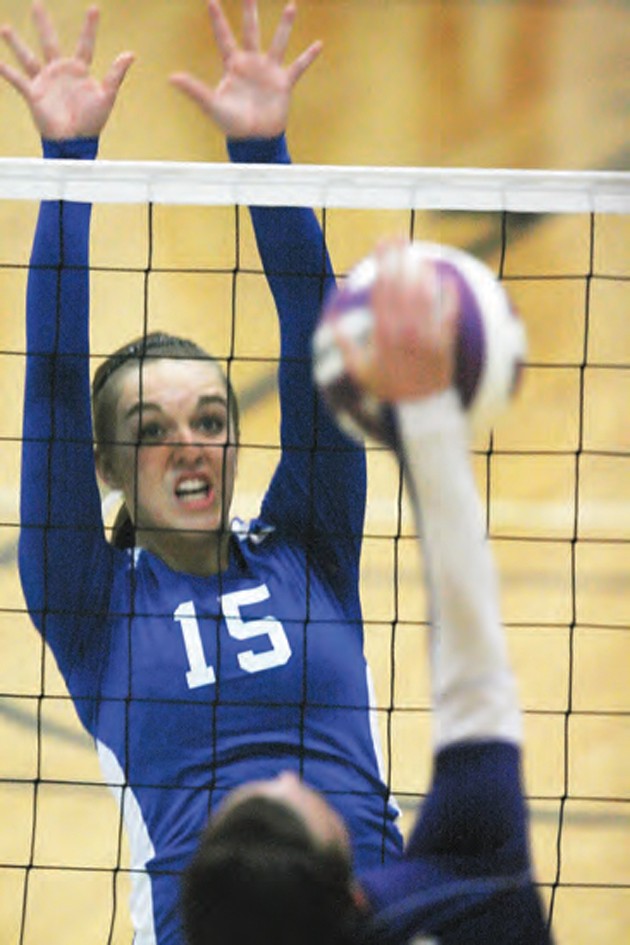 Stansbury showed it in the fifth set and Tooele not so much in a rivalry volleyball match between the two schools on Thursday.

The Stallions trailed the Buffaloes 2-1 in sets, but turned it on in the fourth and fifth sets to win 3-2 and grab a crucial Region 11 victory in the THS gym. With the win the Stallions sweep the Buffaloes in regular season play and run their region record to 7-1 while Tooele dropped to 4-3.

Tooele appeared to be on the verge of pulling out its first volleyball victory over Stansbury in the history of the schools when it pounded out a 25-15 win in the third set to go up 2-1. But the Stallions held their composure and outscored the Buffaloes 40-19 in the final two sets.

“Our kids showed their character and kept their poise after losing the third game,” said Stansbury coach Clint Barnes. “They just played smart with a lot of senior leadership to pull out that match in a hostile environment.”

“For us it was a heartbreaker,” said Tooele coach Kristi Brown. “We have a lot of young players and when they lost that fourth game they panicked in the fifth game and it was just one mistake after another and things snowballed. We caused our own loss by our mistakes in the fifth set like tipping balls just wide and hitting the ball into the net. Our stats show a real solid game in most areas and our passing percentages were good. It  was just the little mistakes at the end.”

It was more of the same in the second set with even play and neither team able to gain more than a 2-point advantage until Stansbury surged ahead at 20-16. After a kill by Marlee Flint, Krissy Nobles hit a deep lob kill near the back line to give the Stallions a 23-19 advantage. Flint smacked a cross-court kill to make it 24-19 and Stansbury pulled out the second set 25-20.

Tooele junior Annie Dalton got things rolling early for the Buffaloes in the third set with a pair of kills followed by another ace from Olsen. Tooele jumped up 8-4 on a block from Brin Stewart and Taylor Thomas. The Buffaloes’ lead improved to 10-4 on kills from Stewart and Kassidie Russell, and Tooele doubled-up the Stallions at 12-6 with another kill from Russell.

The Buffaloes continued their hot play to expand the lead to 20-11 when Thomas blasted another kill. Dalton came through with a kill toward the end of the set and Tooele gained a 2-1 advantage with a 25-15 win in the third set.

Stansbury, however, ran away by winning the final two sets. After a pair of kills from Bailey Wilson, Erika Alvey came through with one of her patented dump-kills to give Stansbury a 10-5 advantage in the fourth set. The Stallions pushed the lead to 14-7 with a pair of kills from Madison Duffin. The lead expanded to 19-10 and then a final of 25-14 with a solid dig from Nobles and another dump-kill from Erika Alvey.

Stanbury’s Tiffany Robbins came up big in the final set with the help of sets from Maddie Alvey. With the score tied at 3-3, Robbins makde three quick kills and a tip-block to give Stansbury an 8-3 advantage. Later, Robbins ripped a left-handed kill and combined with Erika Alvey for another block. Bailey hit an ace serve and the match was in the bag for the Stallions with a 15-5 victory in the fifth set.

Tooele travels to Grantsville tonight and the Stallions travel to Morgan.