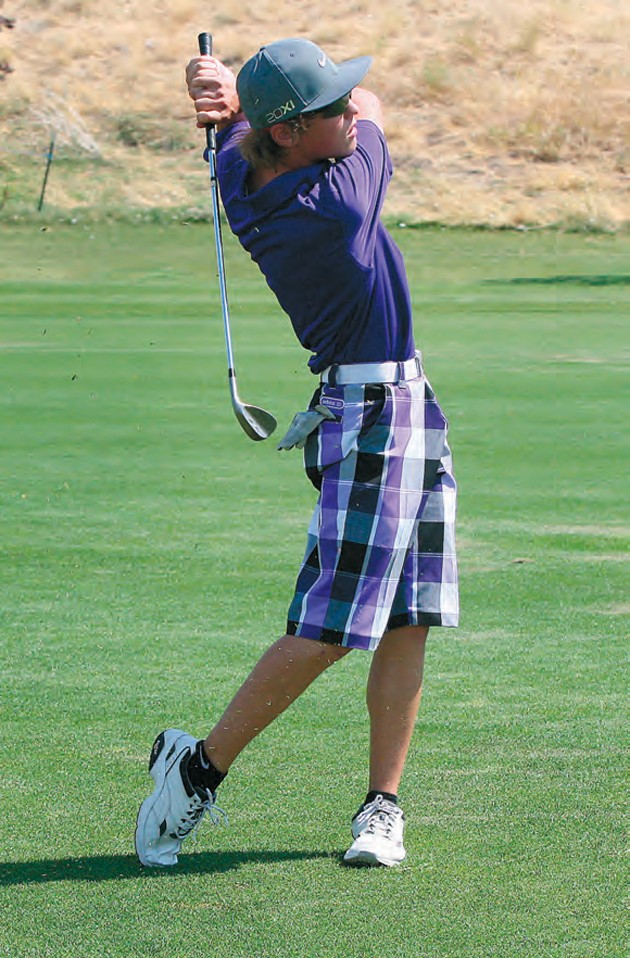 The Stansbury boys golf team qualified for the state tournament next Wednesday and Thursday in Roosevelt by finishing fourth in the final Region 11 standings after the final tournament on Tuesday in Brigham City.

The Stallions were tied with Ogden for third place prior to Tuesday’s tournament, but the Tigers broke the tie by shooting 320 compared to Stansbury’s 337 at Eagle Mountain Golf Course.

Bear River finished first in the final match with 331 with Morgan second at 315. Ogden finished third, Stansbury fourth and Tooele fifth at 349. Grantsville shot 372 for sixth place and Ben Lomond rounded out the field with a 395.

Playing for the Stallions at the state tourney will be Trey Osterud, Sam Babcock, Tom Griffith, Dallon Allred, Jonah Milner and Marshall Lindsay.

Tooele freshman Braxton Quinn almost qualified for the state tournament as an individual by placing 11th overall. He needed to place in the top 10 to be eligible to compete at state because the young Buffaloes did not qualify as a team.

“Trey (Osterud) has had a real good season this year and finished tied for fourth overall with a guy from Bear River,” said Stansbury coach Gary Mathie. “Yesterday (Tuesday) he had some problems out on the course and shot 83.”

Osterud’s scoring average for the region season was 78.6. His best scores were on Tooele County courses with a lifetime best of 69 at Stansbury Golf Course, a 74 at Oquirrh Hills and a 74 at Overlake.

The future looks bright for the Buffaloes with two freshmen Quinn and Jerzee Houston leading the way. Quinn’s average score in region matches was 83.8 while Houston’s was 86.0. Eric Egelund averaged 89.2

“We had 19 kids on the team with only two seniors and one junior,” said Tooele coach Fred Killpack. “We have some good young kids with real potential and they improved as the season progressed. In the next two years we should be back qualifying for state again.”

Quinn was consistent for the Buffaloes throughout the year and completed his best round of the season this week in the region finale with a 79. Houston fired an 88 with Egelund and Marcus Bunn both at 91.

Lindsay shot 91 and Allred 99 for the Stallions on Tuesday. Shayden Walker and Henrey Kilbreath both shot 93 for the Buffaloes at the region finale.