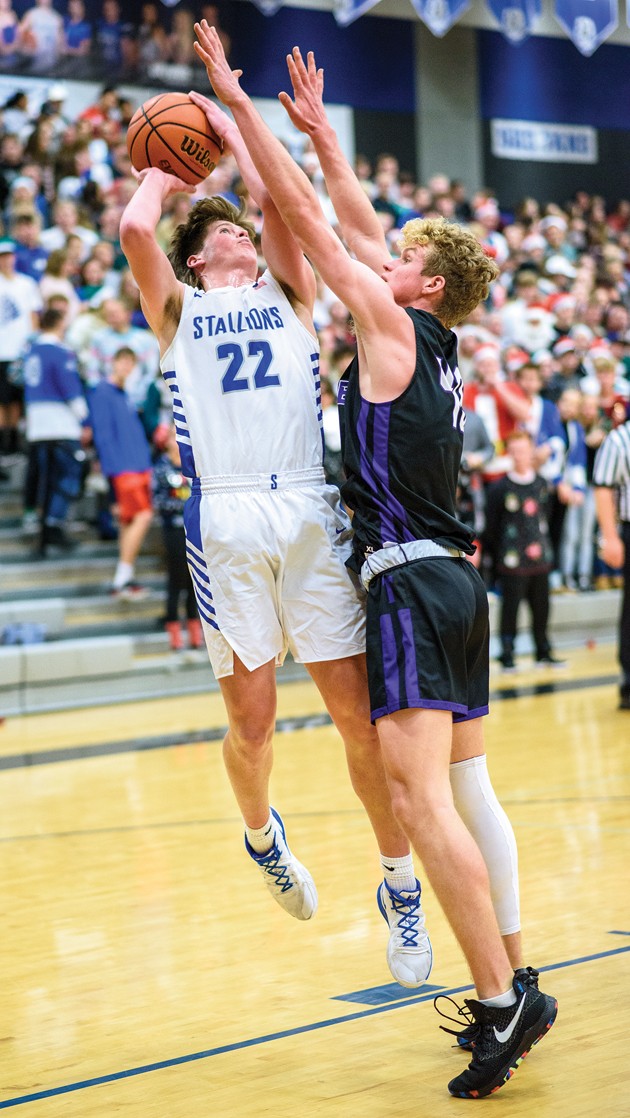 “It was mostly just get it to me and I can shoot, drive, or pass to my guys,” Spaulding said.

“That was big,” Stansbury head coach Joe White said. “Ogden effectively said ‘we’re going to take everything else away and make Dave beat us.’ He was really good with the ball, making really good passes to the short corner. He knew what to do there.”

The Stallions went on a 7-0 run to start the second quarter, made possible by an aggressive trapping zone. Ogden turned the ball over three times in the first 30 seconds of the quarter.

Sophomore Landen Giles started the defensive stand with a steal that turned into a fast-break layup to give Stansbury a 19-11 lead just 12 seconds into the quarter. Senior guard Peyton Thevenot scored on an identical play 13 seconds later, then again to put the lead up to 24-11 with 7:23 to go in the second quarter.

“The last few practices, we’ve worked on defensive positioning and knowing where the ball is at all times,” White said. “I thought our attention to detail was better tonight.”

Stansbury eventually went up by 20 points when Giles scored on a fast-break layup with 3:21 to play, 67-47. The sophomore scored seven points in the fourth quarter en route to a 14-point performance.

“He helped us tonight, tremendously,” White said of Giles. “We didn’t know under what circumstances it might be, but we planned to have him be the first guy off the bench tonight.”

DJ Frye had 15 points to lead Ogden. No other Tiger had more than two field goals.

The win was Stansbury’s second straight in Region 10, helping the Stallions back to an 11-5 overall record and a 4-2 mark in the league.