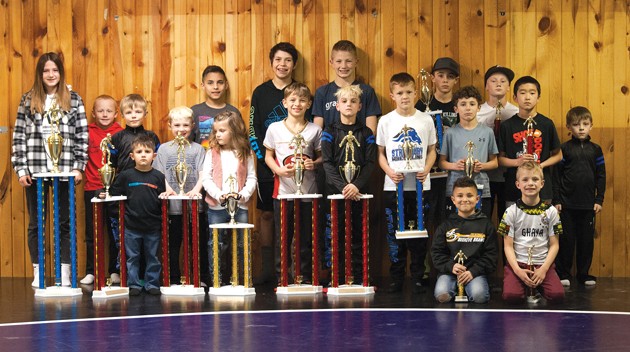 It appears that the Tooele County wrestling community has a bright future in front of it, judging from the results of last month’s Youth Super State tournament in Richfield.

Thirteen of the 19 members of the Stallions Wrestling Club who competed in the event placed in the top six of their weight class, earning the team a 16th-place finish out of 66 clubs. Grantsville Wrestling Club also had two placers in the tournament out of nine participants, finishing 56th.

“We were able to get in a lot of tournaments, which I was worried we weren’t going to be able to do any,” Tyson Linnell said. “We were able to put together a complete, full season, and had a lot of success at the end.”