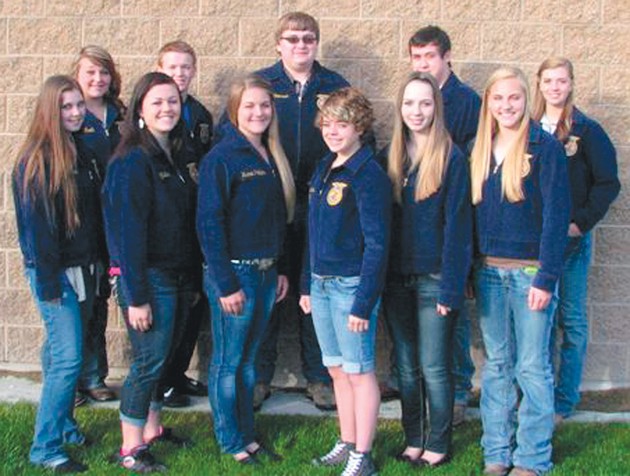 The 2013-2014 Stansbury FFA officers stand together at the year-end banquet. The FFA president is McKenna Walters and the vice presidents are Brad Staker and Courtney Boekweg. photo courtesy of Codie Miller

Stansbury Future Farmers of America had its end of the year banquet on May 1. The keynote speaker was Tooele County Commissioner Jerry Hurst, whose advice was to be involved in FFA.