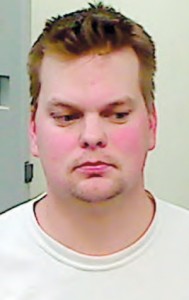 According to a probable cause statement, the new allegations came about as a result of an investigation into the October charges, when Clayton’s computer, thumb drive and memory card were analyzed by the Regional Computer Forensic Lab in Salt Lake. Among the images discovered on the computer and storage devices were photos of the 5-year-old neice being raped by Clayton, as well as her 2- year-old sister, according to the statement.

Clayton is scheduled to make his initial a p p e a r a n c e in 3rd District Court on the newest charges on Monday.

His next hearing on the October case is scheduled for Feb. 26.

Gary Searle, chief deputy attorney with the Tooele County Attorney’s Office said more charges, of a similar type to the existing charges, were likely to be filed against Clayton next week.