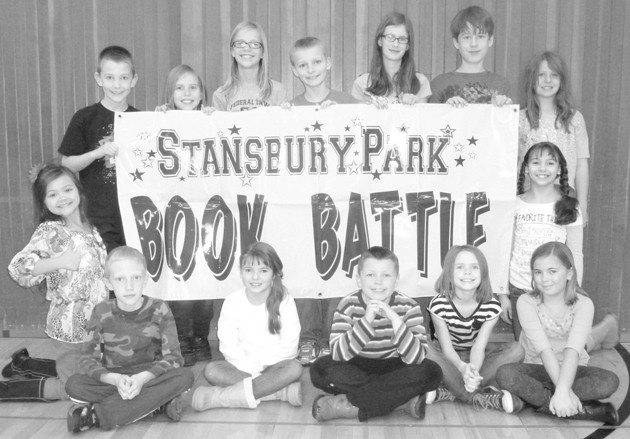 The Book Battle is a fun and academic-based program that promotes a love of reading among students.

Stansbury Park Elementary students read a variety of books and were challenged to remember information about the plots, characters and settings of these books.

After taking a comprehension test in class, the 12 highest scorers from each grade level participated in a quiz-show style competition in front of their classmates.

Congratulations to the students who placed first, second and third in the Book Battle. They won gift cards for the Scholastic Book Fair and an ice cream party.