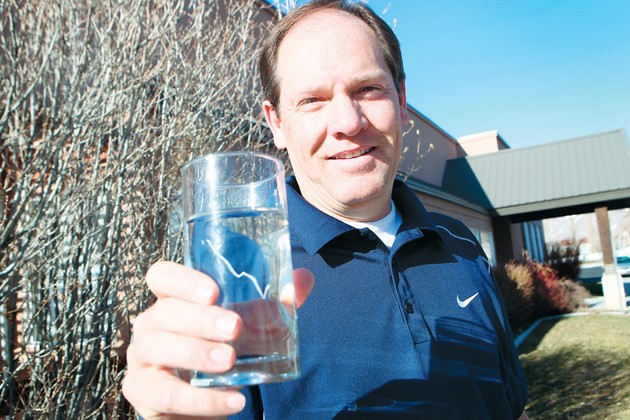 The results are crystal clear — Stansbury Park has the state’s best-tasting drinking water.

The township’s water was selected as “Utah’s Best” by the Rural Water Association of Utah at the group’s annual conference in St. George Thursday. The well-pumped water came out on top in the contest, judged on clarity, odor and taste.

Brett Palmer, manager of the Stansbury Park Improvement District, said he was pleased with the results from the contest, which SPID entered for the first time this year. He noted the department does not treat the water; the contest entry was simply extracted from a well and submitted.

The Oquirrh Mountain Water Company in Lake Point, which won third place in the taste test in 2011, did not compete this year.

Palmer said the contest is a friendly one, designed to be a fun part of the group’s meeting.

Now that it has won “Utah’s Best Water,” Palmer said SPID will probably spread the word through some advertisements around the community, water bills and in its office.

In February 2014, Stansbury’s water will compete again, this time on a bigger stage at the national conference in Washington, D.C. The national title was famously won by Beaver in 2006, prompting the town to put up a billboard telling visitors of its achievement.

Although Beaver didn’t enter the local contest this year, Palmer said it was possible that Utah could come away with another win.

“We could be right alongside with Beaver,” he added.